Sergio Garcia, who has joined LIV Golf, faces the possibility of his Ryder Cup Europe career coming to an anti-climactic end. 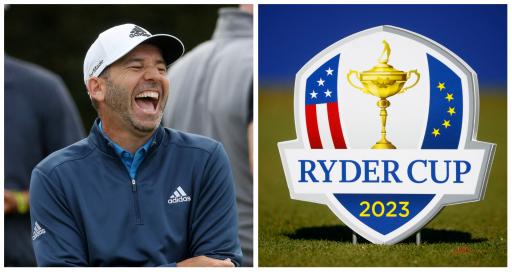 Sergio Garcia's future with Ryder Cup Europe could come to an end if he decides not to play the Mallorca Open on the DP World Tour later this month.

Per a report by James Corrigan of The Daily Telegraph, Garcia's career with Team Europe could come to an anti-climactic finish as he would need to play in the tournament to retain eligibility for selection for Luke Donald's side in Rome next year.

The DP World Tour's regulations stipulate that members must play in a minimum of four events. Garcia has played in three events in 2022.

The 42-year-old Spaniard, who captured the Masters in 2017, is scheduled to play in LIV Golf Bangkok later this week.

Related: Garcia's shot after this analysis is truly wonderful

Because he has teed it up in LIV Golf Invitational Series events, his future with the DP World Tour hangs in the balance anyway.

A court hearing will take place next February to determine whether his £100,000 fine and suspension - handed out after the first LIV event at Centurion in June - can be upheld.

Garcia has cut a contentious figure this year. He memorably hit out at a PGA Tour rules official over what was later deemed to be an incorrect ruling.

He blasted that he "couldn't wait to leave this Tour" which at the time hinted towards his LIV Golf future.

There have been reports that Garcia allegedly flew off the handle when his fine and suspension was confirmed before the BMW International Open in Germany.

Scotland's Bob MacIntyre is said to have witnessed the moment Garcia allegedly exclaimed players "should have taken the Saudi money" before adding: "You're all f***ed".

Garcia also turned heads when he played at the BMW PGA Championship at Wentworth. The tournament was reduced to 54 holes following the death of Queen Elizabeth II. Garcia withdrew from the flagship event of the European Tour, citing no reason.

Then he was pictured at a college football game in the U.S.

Corrigan's report states that Garcia is reportedly weighing up his options over playing in Mallorca. Potentially, if he misses Friday's deadline there is a possibility that he could tee it up in Mallorca on a promoter's invite.

Ryder Cup Europe captain Donald faced the media this week, where he said that LIV Golf "bitterness" will be swept to one side when they get to Rome.

He said the biennial event was "bigger than any one individual"

"The history of the Ryder Cup is vital really, I think," he said. "What's so great about the Ryder Cup is that it does garner interest in a new generation of players and fans to this game. I think it's always an inspiration to the fans, to anyone."

Moving aside any personal feelings, it's likely Donald would want to have Garcia in his side. He is Europe's record points scorer and has been a DP World Tour member for 24 years.