You won't believe what odds Jon Rahm is to win Open de Espana!

Jon Rahm came tied 17th at the acciona Open de Espana in 2021 and the Spaniard will be fresh and ready for his home open at Club de Campo Villa de Madrid. 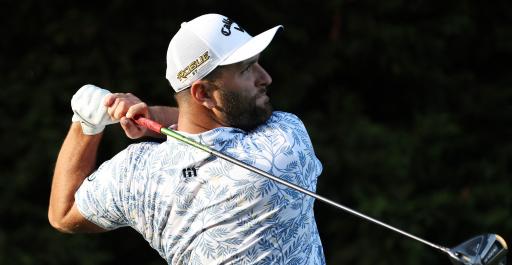 The DP World Tour is about to begin a three-week stretch of Spanish events with the acciona Open de Espana and former World No.1 Jon Rahm will headline the field.

Rahm hasn't played since coming tied second at the BMW PGA Championship at Wentworth at the start of September. He thrilled the UK crowds with a fantastic eagle on the 54th hole (the event was cut short) on the West Course.

The popular Shane Lowry overtook him, but despite this disappointment, Rahm will arrive at Club de Campo Villa de Madrid in Spain with a fresher and more positive outlook than 12 months ago.

The former US Open champion had just been battered and bruised as part of Team Europe in the Ryder Cup at Whistling Straits. He was Padraig Harrington's leading light with the continent's hopes largely on his shoulders.

He impressively earned 3.5 points in five matches, but possible signs of burnout were clear when he returned to the DP World Tour. He went on to finish tied 17th at this event and he missed the cut at the Andalucia Masters.

His performance at Valderrama made it seem a rest was needed. Rahm returned to the PGA Tour in January to come second behind LIV Golf player Cameron Smith at the Sentry Tournament of Champions.

In 2022, Rahm made eight top-10s and won the Mexico Open at Vidanta on the Tour. This was his seventh win on the PGA Tour and this form is why he is at such short odds this week.

Throw in the fact he is also a two-time winner of the Open de Espana and this has culminated in a price as short as a 2/1 in some places. These types of odds mirror those of Tiger Woods in his earlier career.

The likes of Tommy Fleetwood, Eddie Pepperell, Min Woo Lee and defending champion Rafa Cabrera Bello will likely have something to say in what promises to be an exciting week in Spain.

Cabrera Bello beat fellow Spaniard Adri Arnaus in a playoff last season. This was his fourth win on the DP World Tour and his first victory in four years.