James Morrison revealed to the European Tour that he got down from an 18 handicap to scratch in the space of 10 months. 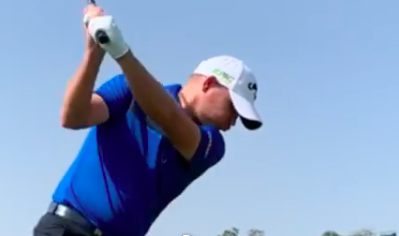 James Morrison is in contention this week at the Scandinavian Mixed on the European Tour, but it was an incredible achievement that he revealed from his early career that also impressed golf fans.

Speaking during his third round in Sweden, Morrison revealed that before he became a professional golfer, he managed to cut his handicap down from 18 to scratch in the space of 10 months.

This is a staggering achievement that most of us can only dream of, especially when we also learned that the Englishman only began playing golf when he was 16.

Now 36, Morrison also believes that to improve your game to the best level you can, you need to get out on the golf course and test yourself, as opposed to spending more time on the driving range.

As the two-time European Tour winner interestingly says, if you have the natural talent to hit good golf shots then the alleged "10,000 hours of practice" won't be necessary.

It's safe to say that Morrison has a god-given talent for golf and he has shown that at Vallda Golf and Country Club this week. He fired a third-round score of 68 to move to 11-under par for the tournament and one shot behind four players who share the lead.

"Sounds like a nice lad imo. Good on him," one fan said.

"An interesting fact I did not know about James!" one fan commented.

"Jimbo is an absolute flusher of the ball! He’s an even better man off the course, proper gent," another fan said.