Jon Rahm is not best pleased that he has just won the DP World Tour Championship yet will not improve on his World No.5 ranking... 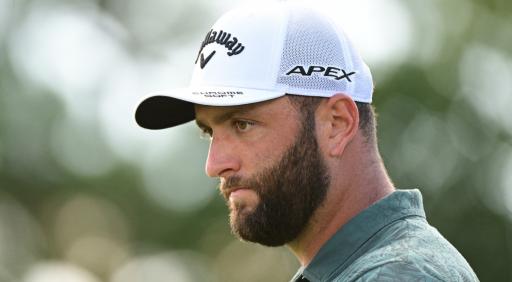 Jon Rahm has labelled the Official World Golf Rankings system as "a bit of a joke" after he clinched a third DP World Tour Championship since 2017 and landed his second victory in his last four starts around the world.

Rahm earlier in the week told GolfMagic and the rest of the golfing media on site at Jumeirah Golf Estates that he had very different sentiments to Rory McIlroy of the revamped OWGR system.

The Spaniard said the OWGR was "laughable".

Related: Rahm silences critics in season finale as McIlroy walks away with the Rankings

Rahm, who clinched a record fifth Rolex Series title on the Earth Course in Dubai on Sunday, was then further pressed on what he made of the fact that he would not be moving up the world rankings despite winning the DP World Tour's season finale.

He has now finished 2-1-4-1 in his last four tournament starts around the world, yet has still not progressed from his fifth spot in the OWGR.

Rahm finished in a tie for second at the BMW PGA Championship in September, won the Open de Espana in mid October, finished tied fourth at the CJ Cup in late October and then just won the DP World Tour Championship today.

"I think this win keeps you at fifth in the world, but you are so much better than the No.5 in the world," Rahm told The Telegraph's James Corrigan.

"Well you said it... I don't think I can add to that if I can be honest.
"Yeah, I mean I beat amazing players out there today. I don't know if I can add any more than what I said the other day.
"I've come second, first, fourth, first in my last four tournaments and I have not changed in my world ranking position.
"I don't know if that explains what I meant the other day but it should.
"I feel like it gets to a point where good playing is not rewarded the way it should be, especially with the good players that we have on this tour.
"I understand why they made the changes they made but it would be a perfect system if every single field was 150 players.
"I'll say one more time, we don't get the same points for our win here, it's a bit of a joke."

Rahm has spent a cumulative total of 43 weeks as the World No.1 but he lost the title when Scottie Scheffler stole it from him back in March 2022.

McIlroy has since picked up the World No.1 post and has now held it for five consecutive weeks and a cumulative total of 110 weeks.

Despite playing in his final event of the season this week, McIlroy is guranteed to finish the year as World No.1 whatever happens.

Next Page: DP World Tour chief weighs in on Rahm and McIlroy's disagreement