Saudi Golf rebel Justin Harding starts well at the Scottish Open, then tells us all why he has decided to play in LIV Golf events: "I’m trying my best to just play golf, put food on the table." 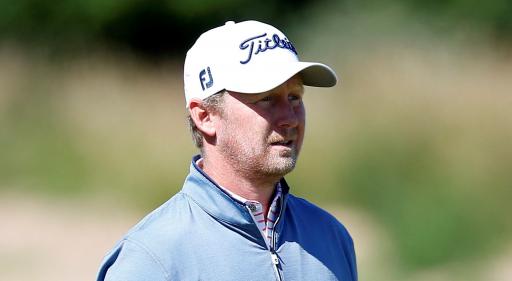 There are many people around the world right now who can genuinely say they go to work just so they can "put food on the table", especially during a cost of living crisis.

Not a privileged 37-year-old South African Tour pro who has recently added $1,119,167 from two 54-hole LIV Golf events funded by Saudi billions to career earnings that already amounted $3,440,199 on the PGA Tour and DP World Tour.

Unfortunately Justin Harding, one of the four Saudi Golf rebels taking part in the Scottish Open this week, said exactly this after his solid 5-under par start at The Renaissance Club today.

"Look, at the end of the day, it was an event, it was an invitational, it was worth a bucket load of money, and it felt like I could play in it," said Harding, who was initially banned by the DP World Tour after playing in the first LIV Golf event before he won a legal challenge on Monday to play in the Scottish Open.

"I'm not going into the logistics of the regulations and what's right and what's wrong. Ultimately, I'm a golfer and I felt I was entitled to play in the event and I chose to do so.

"I’m trying my best to just play golf, put food on the table. I am by no means a fighter, I’m not confrontational so it’s an awkward situation to be in.

"I always thought it would be a bit tricky but didn’t realise it was going to be blown up as much as this. I thought it might have been handled a bit better by all parties.”

Sorry Justin, but I am fairly certain you could already have afforded the Tesco run for the family this month without having played in two LIV Golf events.

Fellow LIV Golfers Ian Poulter, Adrian Otaegui and Branden Grace were also allowed to return to the DP World Tour this week after winning their legal challenge on Monday.

Harding lies in third place after 18 holes and just four shots off the pace set by American Cameron Tringale.

LIV Portland winner Grace carded a steady 1-under 69, Spain's Otaegui was 1-over par and England's Poulter had a shocker with an 8-over 78.

Looks like Poults will get to spend more time with his family this weekend after all. pic.twitter.com/Ulam2zstYy

Harding, who has finished 10th and eighth in the first two LIV Golf tournaments, confirmed he has not signed a contract with LIV Golf and so he is not sure if he will be eligible to play in the remaining tournaments.

"I have not signed a contract with LIV, so I feel like I am in a slightly different position," said Harding.

"I’ve played in the ones I’ve got into via the world rankings and I have no idea if I’m in the next one."