PGA Tour stalwart Cameron Tringale carded an incredible 61 on Thursday at The Renaissance Club in East Lothian to lead the tournament by three shots. 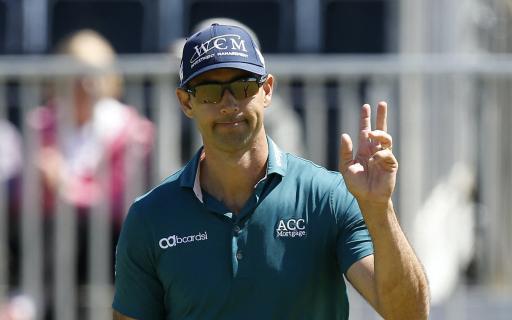 Cameron Tringale has earned over $16 million on the PGA Tour since 2010 and he is yet to make a post-victory speech or pick up a winner's trophy.

The American could finally earn what he has longed for at this week's Genesis Scottish Open after blitzing The Renaissance Club in the first round with a 61.

The 34-year-old, who has already qualified for The 150th Open Championship next week, carded nine birdies and no bogeys on a day where he managed to play on the good side of the draw.

He made six consecutive birdies from holes 10 to 15 on his way to shooting his lowest ever score on the PGA Tour. This was also the longest ever birdie streak of his career.

He is currently three shots clear at the top of the leaderboard in North Berwick from Gary Woodland and with the tough conditions at the venue this afternoon, no player is likely to disrupt this order.

Related: Tiger Woods and Rory McIlroy practice together at Ballybunion in Ireland

"I played here in 2015 and a few Opens, so I've had moderate experience. I'm not a total newbie but I love playing links golf. It's so much fun," said Tringale.

At one stage, it looked as though Tringale was on course to shoot just the second-ever 59 on the DP World Tour, but instead, he settled for a course-record tying score of 9-under-par.

LIV Golf rebel Justin Harding briefly led on his own at one stage on 5-under-par. He went on to card a 65 to sit four shots behind Tringale on Thursday.

Like Ian Poulter, Branden Grace and Adrian Otaegui, Harding's appeal against his tournament suspension was upheld so he was reinstated to the field at the last minute.

World No.1 Scottie Scheffler struggled for the entirety of the first round. The Masters champion was visibly frustrated on numerous occasions as he made four bogeys and a double-bogey.

He shot 3-over and Viktor Hovland was one worse on 4-over. These two players were part of the morning wave who enjoyed the better conditions in East Lothian too.

Genesis Scottish Open leaderboard - Round One: