Matthew Jordan's lost ball cost him EVERYTHING at Qatar Masters

Matthew Jordan hit his second shot into the desert on the 10th hole at the Qatar Masters and after three minutes of searching, he had no luck. 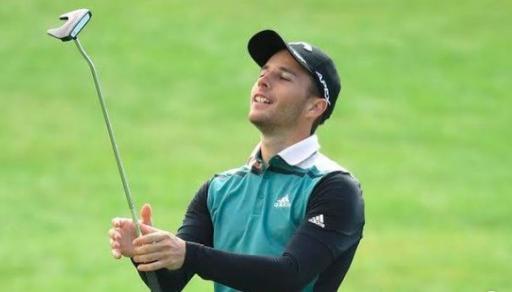 Matthew Jordan will rue his second shot on the 10th hole which ultimately cost him the chance to win the Commerical Bank Qatar Masters on Sunday.

Jordan, looking for his first win on the DP World Tour, had a two-shot lead on 8-under-par in the last round and he hit a solid tee shot on the par-5 10th hole at Doha Golf Club.

But he hit his second shot left into the desert. The Englishman chose not to hit a provisional as they were confident they could find his ball, but this wasn't the case.

After three minutes of players, caddies and fans searching, Jordan had to return to the point where he hit his second shot. Annoyingly, the ball was found after the three-minute window had elapsed.

According to rule 18.2a, a ball is lost if the player or their caddie hasn't found it in the allotted time. Jordan went on to make a bogey which sparked a poor run that saw him drop out of contention.

Related: PGA Tour: How much they all won at the WGC Match Play

The 26-year-old bogeyed four of his next five holes. He carded a score of 4-over-par and he finished in a tie for fifth place on 4-under-par.

It was Ewen Ferguson who went on to win the Commercial Bank Qatar Masters. He began the day three shots behind Jordan and Adrian Meronk, but his 2-under-par 70 helped him secure his first DP World Tour win.

"I just can't believe it at all. Years and years of hard work," Ferguson said.

"My mum, dad, sister and brother and all my family gave me everything to try and get to this moment and it's an absolute dream come true.

"I think I've been in contention enough now on the Challenge Tour and out here at the start of this year a little bit, and I just managed to deal with it today.