Tommy Fleetwood to play at Porsche European Open in June

Tommy Fleetwood is set to tee it up on the Porsche Nord Course belonging to the Green Eagle Golf Courses in Hamburg at the start of June. 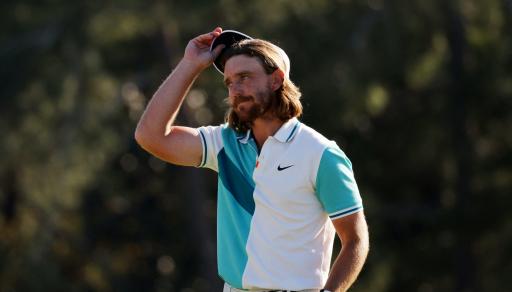 PGA Tour star Tommy Fleetwood will play in the Porsche European Open at the Green Eagle Golf Courses in Hamburg at the start of June.

The DP World Tour event, which was won by an emotional Marcus Armitage in 2021, was moved from Golf Resort Bad Griesbach to Hamburg in 2017.

The 31-year-old will be one of the headline players at a tournament that has been won by English players in four of the last eight renewals.

"It’s been a few years now since I’ve played the Porsche European Open and all I hear are good reports," Fleetwood said.

Related: Did you know this golf rule that Scottie Scheffler took advantage of?

"So I’m looking forward to getting back to Hamburg and trying to win the trophy! Some huge names have won this event and of course, I will be trying my best to be one of them."

Although Fleetwood has only made one top-10 finish on the PGA Tour this season, he has made five top-25 finishes and he finished tied 14th at The Masters last week.

His last victory came at the Nedbank Golf Challenge in 2019 and this was his fifth win on the DP World Tour. His first came at the Johnnie Walker Championship in 2013.

As for Armitage, he had the best moment of his career so far at the Porsche European Open in 2021 when he secured a two-shot victory.

"I'm super excited about returning to the Porsche Nord Course in Hamburg and seeing the tree planted on the 18th for the winner, and to experience the event as the defending champion," said Armitage.

Next Page: PGA Tour pro set to return after living in a jungle for two years