Brooks Koepka talked up the excitement of potentially finishing a Ryder Cup match on the 16th hole at TPC Scottsdale, a course that he loves playing at. 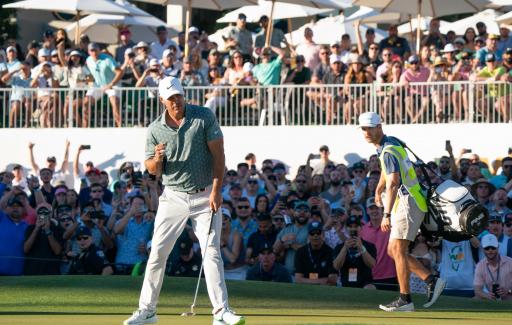 Brooks Koepka said TPC Scottsdale would be a hell of a Ryder Cup venue if the course hosted famous matches between Europe and America.

When asked about the prospect of the Stadium Course hosting the Ryder Cup, Koepka was excited by the idea of finishing a match on the 16th hole, the stadium hole.

If the hosts of the WM Phoenix Open were chosen to host the tournament, it would be the first time that the Ryder Cup would be held in Arizona.

"It would be a hell of a golf course to have a Ryder Cup at. I think it would be very interesting," Koepka said.

"The problem is with the Ryder Cup though you don't always finish on 16, 17, 18. You can finish before that. So you might not make it to 16. Which, but I think that would be fun to come down to the final match on 16."

The four-time major champion rightfully pointed out that not every match goes down the stretch, but the scene of the 20,000-seater stand surrounding a critical Ryder Cup match would be mouthwatering.

Koepka is once again showing form at the WM Phoenix Open this week. After a third-round score of 3-under-par, he is just one shot behind Sahith Theegala with 18 holes left on 13-under-par.

Koepka is somewhat of a course specialist at TPC Scottsdale. He won the tournament in 2015 and after missing three consecutive cuts before teeing it up here last season, he put that behind him with another win.

Also in contention is Scottie Scheffler, looking for his first PGA Tour win like Theegala, and Patrick Cantlay. They are both two shots back on 12-under-par.

Xander Schauffele almost won the WM Phoenix Open last season and he is also two shots behind on 12-under-par, while two-time event winner Hideki Matsuyama is three shots back.