Is Luke Donald the right man to lead Europe at the next Ryder Cup?

Luke Donald is a strong candidate to captain Team Europe at the Ryder Cup in 2023 and he could provide the calm manner needed to nullify Team USA's vibrance. 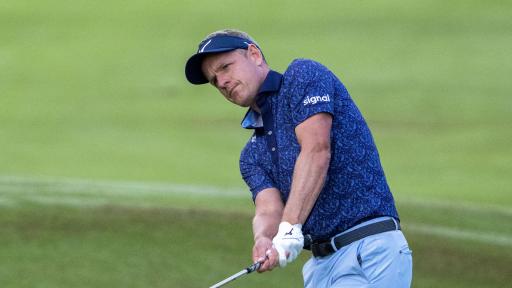 Europe's search for their next Ryder Cup captain is underway and they will have the mammoth task of taking down a strong, young and confident American side in 2023.

As with every Ryder Cup defeat, whether it is a European or American losing captain, the vultures immediately circle and feed on their mistakes and retrospective failings.

If truth be told, there were no pairings or decisions that Padraig Harrington could've made which could've changed the result of the 2021 Ryder Cup.

His team in white and blue simply weren't good enough, didn't play well enough and it proved to be an impossible task to hold back the constant sea of red.

However, it is still important to choose a good captain and one that is prepared to lead Europe into battle. The matches next year in Rome could be the toughest battle yet.

RELATED: BROOKS KOEPKA SAYS TPC SCOTTSDALE WOULD BE A HELL OF A RYDER CUP VENUE

Luke Donald is a leading contender to be the continent's next skipper and I think this would be the logical and correct choice. Donald has been one of the outstanding European players of the modern era.

He has five wins on the PGA Tour and spent 56 weeks at World No. 1 in his career, more than Brooks Koepka, Jordan Spieth and Jon Rahm.

Admittedly, he never cashed in on a major championship when he was at the peak of his powers, but this isn't a requirement to be a Ryder Cup captain, as has been shown by the success of Steve Stricker.

He has also led by example during his Ryder Cup career. He made four appearances for Team Europe and never lost the cup. He won 10.5 points from a possible 15 and vitally won the first match of the final day at Medinah in 2012.

Donald is known for his silky and effortless swing and the way in which he made winning look effortless. He may not be as electric as he used to be, but his focus could be best shifted to something such as the Ryder Cup.

Played some lovely golf the last two days here at the @WMPhoenixOpen only to spoil it all on the last! After 20 years as a pro I can tell you this one really hurt, I can’t believe I did that!!! Sorry to be missing the weekend for what is an amazing week.

Having been a vice-captain twice before, he has experience in choosing pairings and key decision-making and he has strong endorsements from Harrington himself.

The three-time major champion is part of the selection committee alongside Darren Clarke, Thomas Bjorn, David Howell and Keith Pelley, the chief executive of the DP World Tour.

Lee Westwood and Henrik Stenson are likely to continue pushing for playing spots in 2023, as is Ian Poulter. All of these players have been mentioned in previous captain speculation.

Essentially, the time is now for the 44-year-old Donald. No captain selection guarantees victory but the Englishman would be my obvious choice and a sensible one.