Shane Lowry was distinctly disappointed and disheartened that some LIV Golf players are able to tee it up at the BMW PGA Championship this week. 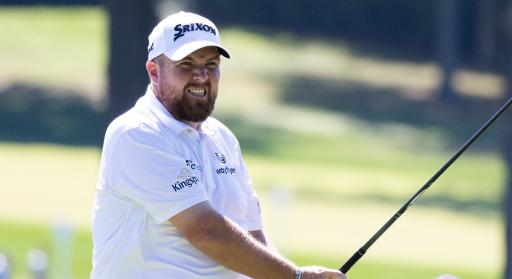 Speaking to Jamie Weir of Sky Sports, Lowry revealed he hadn't seen some friends on the PGA Tour and the DP World Tour for a while due to their exploits with the Saudi-backed series.

Lowry is one of the top European players playing at Wentworth this week along with Rory McIlroy, Matt Fitzpatrick, Jon Rahm and Viktor Hovland.

The Irishman, who came second to McIlroy at the BMW PGA Championship in 2014, shared the views of his major-winning pal and Billy Horschel that the European stalwarts such as Lee Westwood and Ian Poulter have earned their places at the event through years of membership, but he feels others are being "disruptive."

"I can't say I'm 100% OK with everyone being here, but some of the guys, I kind of don't mind them being here because of what they've done on the tour over the years," Lowry told Sky Sports.

"There are certain guys that I can't stand being here, to be honest, and I don't like it that they're here. I think the one thing that has really annoyed me over the last few months is how disruptive they're all trying to be.

This is as passionate and erudite as I’ve ever heard Shane be on golf’s ongoing soap opera. pic.twitter.com/9skSmXYNi4

"Anybody who knows me knows I don't like confrontation, I don't like any of that, so I'll say Hello and I'll do my thing. That's the way I'll be. The lads, I've known the lads for years and some of them became quite good friends over the last few years.

"But, I haven't seen them in a long time now, I don't hang out with them. I won't be going for dinner with them, but that's just because we haven't seen each other.

Lowry made his Ryder Cup debut in 2021 in what was a crushing defeat for Europe against America at Whistling Straits, but with four top-10s on the PGA Tour last season, he can expect to show similar form in 2023 and qualify for Luke Donald's team in Italy.

As for the likes of Westwood, Poulter and Sergio Garcia, Lowry stated that a reason for their controversial moves to the LIV Golf Series was that their "Ryder Cup days are over."

Despite the alteration in the qualification process being attributed to in-depth research, the changes have likely been made to decrease the chances of LIV Golf players qualifying and more players like Lowry being chosen.