The story of how an African pastor could play on the DP World Tour!

Jastas Madoya plays on the Safari Tour in Africa and he has a great chance of earning a place at the Kenya Open on the DP World Tour. 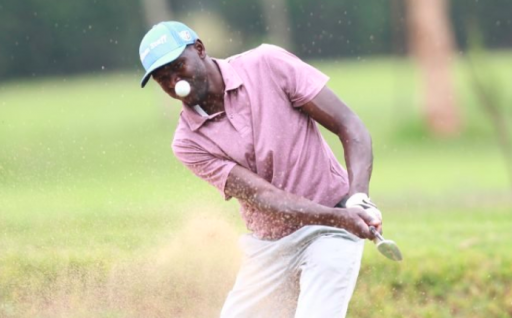 In Uganda this week, Jastas has the opportunity to qualify for the DP World Tour and gain access to the new riches of the re-branded schedule that once was the European Tour.

After firing a third-round score of 66 at the Uganda Golf Open in Entebbe, he has a five-shot lead over his nearest competitor Dismas Indiza.

If he was to win this tournament, like he has done before at the Entebbe Open, he would qualify for the Magical Kenya Open in March on the DP World Tour.

This may not come across as far-fetched as you'd think until you hear the full story of Jastas' life. Jastas is a youth pastor that lives in Kenya and the income that he receives from his job is what funds his golf career.

The Finest Pros go head to head on the final day of the tournament. Will Chinhoi keep his title or will Madoya give him a run for his money? #TuskerMaltGolfOpen pic.twitter.com/p9kMTFppGw

He often wakes up at 3 am in the morning to get his work done in the church. This allows him to practise his game and prosper on the Safari Tour.

He began playing golf at the age of 17 but he couldn't afford to play. He chose a local driving range and took up practise privileges. He took to golf immediately and played for the Kenyan national team.

He turned professional in 2016 but after a poor run of form, he lost all of his sponsors. Being a pastor is what keeps his golf career alive and now he could qualify for a tour that attracts the best players in the world with a cash injection of $200 million over the season.

Jastas will soon be in the thick of the final round of the Uganda Open with his five-shot advantage. It will no doubt be a career highlight if he was to secure victory and a place on the DP World Tour.

The vast majority of coverage is dedicated to the PGA Tour in our world, but it is hard not to adore and engage with such a story from the other end of the golfing spectrum.