Rory McIlroy will have the chance to win his third Dubai Desert Classic when he returns to the Emirates Golf Club in January. 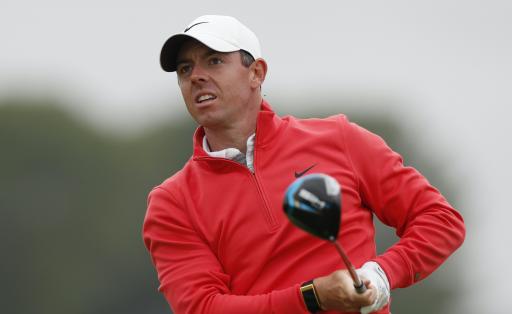 Rory McIlroy has confirmed he will play in the Slync.io Dubai Desert Classic for the first time since 2018 in January.

The Northern Irishman has won the tournament twice before in his career, most recently in 2015 when he finished three shots ahead of Swede Alex Noren.

McIlroy has won 14 times on the DP World Tour and four of these victories have come in Dubai. Not to mention that he has also won the Race to Dubai on three occasions as well.

RELATED: VIKTOR HOVLAND SHOWS HIS HUMBLE SIDE WHEN ASKED WHAT HE DOES AT THE AIRPORT

McIlroy has committed to the Abu Dhabi HSBC Championship too, which is also in January, so he is set to start 2022 in a region he has enjoyed much success in.

"I’m looking forward to getting back to Emirates Golf Club for the Slync.io Dubai Desert Classic in 2022," said McIlroy.

“I have so many wonderful memories from playing in Dubai over the years, and particularly over the Majlis Course, where I’ve been able to win twice. I look forward to coming back to Dubai and aiming to get my hands on that incredible trophy again."

The field for the 2022 renewal has been further strengthened by McIlroy. He will join Race to Dubai champion Collin Morikawa, former Masters champion Sergio Garcia and defending champion Paul Casey.

The Dubai Desert Classic will be the second of back-to-back Rolex Series events in the Middle East, starting with the Abu Dhabi HSBC Championship. They will form the traditional 'desert swing'.

McIlroy is also teeing it up this week at the Hero World Challenge in the Bahamas on the PGA Tour, an event hosted by Tiger Woods.

NEXT PAGE: GLOVELESS CADDIE LOSES PRO LONG DRIVER'S CLUB UP A TREE WHEN HE TAKES A TEE SHOT