Brooks Koepka won four major championships in the space of three seasons, but yesterday he told the media that he hasn't reached his peak yet. 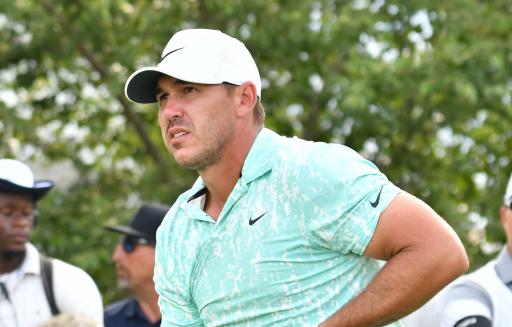 Brooks Koepka told a reporter that the 2018/2019 PGA Tour season was not his peak, despite winning three times including his fourth PGA Championship.

So far in the new PGA Tour season, Koepka has failed to reach these heights. He has missed his last two cuts and his best finish is tied 38th at the CJ Cup.

However, he bounced back to form when he comprehensively beat Bryson DeChambeau in The Match last week in Las Vegas. His iron play and putting was unstoppable.

He has carried over his form to the Hero World Challenge in the Bahamas this week. After two rounds, he sits one shot behind DeChambeau on 10-under-par.

When a reporter questioned if the 31-year-old can reach the levels of two years ago when he became a four-time major champion, Koepka had a simple answer.

"That wasn't peak. Just wait," Koepka smoothly said after the second round, adding a cheeky wink to proceedings too. It is certainly an exciting prospect when Koepka begins to find his best golf.

He burst on to the major scene with a win at the US Open in 2017, securing a decisive four-shot victory. He then went back-to-back at Shinnecock Hills a year later, beating Tommy Fleetwood by just one shot.

Fast forward to 2019, Koepka has added two PGA Championships to his record. In 2018, he overcame Tiger Woods in an epic showdown at Bellerive. Woods is the host of the Hero World Challenge this week.

It was almost as if Koepka's four major titles and eight PGA Tour victories happened overnight. He came second at the PGA Championship this year too, two shots behind Phil Mickelson.

Koepka will tee off later this afternoon alongside Tony Finau in the penultimate group in front of DeChambeau and Collin Morikawa.