Ryan Fox endured a nightmare 72nd hole at the Dutch Open and then a stunning playoff loss on the DP World Tour. 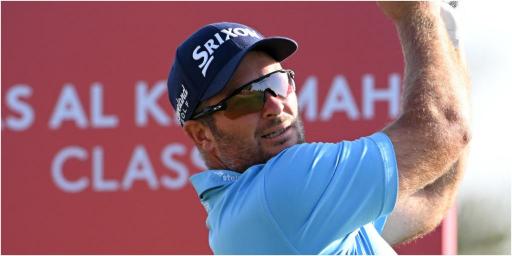 New Zealand's Ryan Fox has had an interesting season so far on the DP World Tour.

He's tasted victory at Ras Al Khaimah for the biggest win of his career to date and has been in stellar form since then.

Fox, 35, has not tasted victory after winning in Abu Dhabi. But he very easily could have been a three-time winner this season.

Since that memorable win, he's gone T-15, T-9, T-8 and then finished second twice in his last two events.

Both of those runner-up finishes could have (and perhaps should have?) gone very differently.

He was matching England's Sam Horsfield down the stretch at the Soudal Open but a mistake at a drivable par-4 cost him dearly.

Some golf fans point out that his pace of play (he doesn't mess about) needs to be addressed.

But what transpired last weekend was all the more difficult to swallow considering the manner of his loss.

Golf, as we all know, is a game of fine margins. And Fox will know that all the more as he licks his wounds over the next few days.

Fox had the tournament in his hands and had it not been for a nightmare 72nd hole we would have been writing a very different story.

Well…that was fun! I couldn’t be happier to secure my second @dpworldtour win

Hats off to @ryanfoxgolfer who was and is a true class act. pic.twitter.com/uLfSwzt1E6

We haven't all been there, but we've all seen epic collapses. That double bogey at the par-5 18th led to a playoff with France's Victor Perez.

Fox could only watch on as Perez put on one of the most remarkable stretches of putting in playoff we have ever seen. It was demonic.

There was quite simply nothing that Fox could do. Perez was draining putts from everywhere. He later admitted he had a bit of lady luck.

It will have brought back unhappy memories for Fox and a sense of déjà vu after he lost out to Russell Knox at the 2018 Irish Open.

Knox holed a 40-foot putt in regulation to get into a playoff in the first place and then holed a putt of similar distance to claim the title.

If that doesn't make you sick to your stomach then I don't know what will.

GolfMagic recently had the chance to chat to Fox before he headed off to the British Masters in a vital stretch of the season.

Goal one for the year was to win again and he's done that. Goal two was to qualify for The Open. He's done that, too.

He currently sits at 59th in the OWGR which is currently good enough to get into the U.S. Open at Brookline.

So it's not exactly all bad to be Fox at the moment. He's still playing incredibly well.

Though two pros decided to react to his devastating playoff loss in different ways.

Not going to lie, as outstanding as that Play-off performance was, I feel so gutted for Foxy.

Commiserations Foxy. I’ve got some grapes to drop off to you.