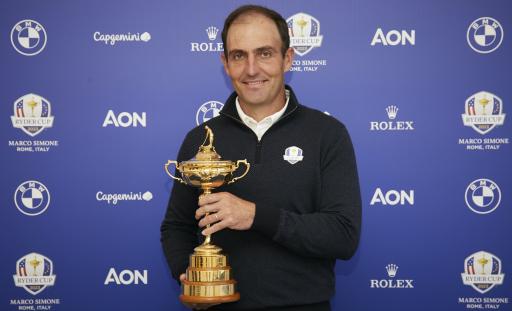 Edoardo Molinari was named as a European Ryder Cup vice-captain for the 2023 Ryder Cup at Marco Simone Golf and Country Club in Rome.

Molinari made his only Ryder Cup appearance in 2010 at Celtic Manor. He played alongside his brother Francesco in Wales as Europe secured a narrow victory over America.

He has made 356 appearances on the DP World Tour and he has won three times. His most recent win came in 2017 at the Trophee Hassan II in Morocco.

Molinari is set to be a popular choice as vice-captain as Europe look to turn the tables on Team USA in his home country of Italy.

"It is fantastic. I played the Ryder Cup in 2010 and to be able to be a vice-captain in this one is a dream come true. It was a very unexpected call from Henrik. We had chatted a few times about stats and what I could do to help the team, but I never expected this," Molinari said.

"Knowing Henrik, he will leave no stone unturned. He will do everything he can to win the Ryder Cup back. It will be a lot of fun for all the guys playing for him too.

"He has always been a very friendly guy, and is always smiling, so I think it will be a fantastic atmosphere in the team room."

"I’m delighted to welcome Edoardo to the 2023 European Ryder Cup team as a vice-captain. I’ve known him for a long time and he is obviously a Ryder Cup player himself. He is really into stats and he works with a few of the players who will potentially be on my team," said Stenson.

"I asked him if he would do me the honour of joining the team and he was delighted to. I’m very happy to have him on board and I’m very much looking forward to his input and to lean on his experience. With him being Italian, it is going to be an extra special week for him."

The Molinari brothers became the first brothers to compete against America since Bernard and Geoffrey Hunt played in the 1963 Great Britain & Ireland team.

Next Page: Tiger Woods to play US Open? Nike may have given first big clue