Here are five reasons why there has been a delay over the field announcement for the first LIV Golf Invitational Series event. 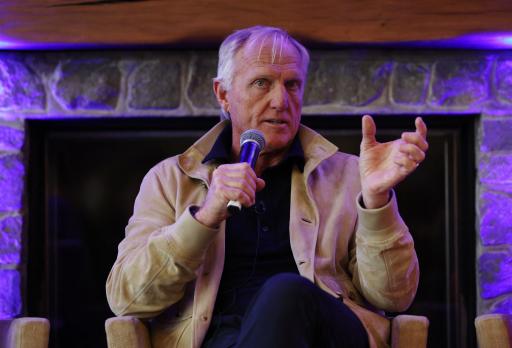 Ever since the announcement of the Saudi-backed LIV Golf Invitational Series it has been all over the golf media.

If you go on their website, you’ll read that they are “creating a lot of buzz” with the tag line: “We exist to supercharge the game of golf”.

Well, we are only 11 days away from the opening $25million event at Centurion Club and we still are none the wiser about who is actually playing and who wanted to play.

If they are supercharging the game, they are going a very strange way about it.

Guide: Here is everything you need to know about the new LIV Golf Invitational Series

The PGA Tour and DP World Tour will not reveal the names of those who had asked for releases to play.

Some players (Lee Westwood and Richard Bland) have confirmed their long-assumed interest. With others, we have to read between the lines of what LIV Golf Investments CEO Greg Norman says.

“I’ve had a former World No.1 in my office expressing his interest,” the Great White Shark proudly said.

Right, so that narrows the down a list a little bit. We know that several former world number ones in the top-50 have already ruled themselves out with public statements.

You couldn’t be talking about Martin Kaymer, could you?

“I’ve had a two-time major winner in my office, too!” added Norman.

We’re not told the reason for the delay, though here are five hypothetical reasons why:

Mickelson left his reputation heavily damaged after his “reckless” comments were made public about Saudi Arabia’s human rights abuses and his admission about trying to create leverage against the PGA Tour.

From the outside, it certainly looks like Mickelson is at professional cross-roads. Grovel, and return to the PGA Tour and ultimately the senior circuit or hitch his wagon firmly LIV Golf?

You can't have it both ways, Lefty.

#2 Players are legitimately having second thoughts

It has also been reported that Graeme McDowell was having second thoughts, according to The Telegraph. Are some players now legitimately worrying about their reputations?

#3 They are looking for more players

When speaking to the Golf Channel, Bland hypothesized that some players might be choosing not to play in the first couple of events to see what happens with sanctions.

Which means that it could genuinely be a plausible that the field isn’t full at the time of writing.

Let’s not forget this is an invitational series, and therefore LIV Golf will want to have some names people are familiar with, not any Tom, Dick or Harry.

When she was appointed, Polly Handford was described as a “leading force” in British sporting legal circles.

All roads point to a court battle. Experts say we could be heading for an “anti-trust” lawsuit, of which the PGA Tour will have to offer a number of defences if and when they ban players.

Norman previously said LIV Golf will not be stopped.

And that’s clear considering the resources behind them. They have a bottomless pit of money to support players and themselves in litigation.

The last one was a joke.

Next page: Have Nike dropped a hint over Tiger playing U.S. Open?