Will Zalatoris is currently second in the DP World Tour Rankings and he is set to tee it up at Gary Player Country Club at Sun City in November. 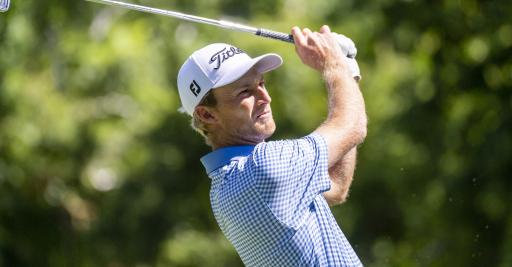 PGA Tour star Will Zalatoris will play in the Nedbank Golf Challenge on the DP World Tour in November for the tournament's 40th anniversary.

The 25-year-old is second in the DP World Tour Rankings and he will make his debut at the event at Gary Player Country Club at Sun City. He could become the first American winner of the event in over 15 years.

The Nedbank Golf Challenge, with a prize purse of $6 million, is the penultimate event on the DP World Tour schedule and it will carry more points weighting as we approach the season-ending DP World Tour Championship.

Zalatoris is arguably the best player in the world still yet to win on the PGA Tour. The World No.14 has finished second at the PGA Championship and the US Open this season, as well as coming second on his Masters debut in 2021.

Jim Furyk was the last American winner of the Nedbank Golf Challenge in 2006 and Zalatoris could become the fifth winner from the United States. The event has been postponed for two years due to the Covid-19 pandemic.

Tommy Fleetwood is the current reigning champion from 2019, while LIV Golf Tour player Lee Westwood won this event for the third time in 2018.

Woosnam won what used to be called the Nedbank Million Dollar Challenge in 1987. This victory held great significance as it was the first $1 million first prize in the history of the game.

"I’m really excited to travel to South Africa to play in the 40th anniversary edition of the Nedbank Golf Challenge. I’ve had great experiences of playing DP World Tour events in Dubai and Scotland and I’m sure that South Africa will be no different," said Zalatoris.

"I’ve heard a lot about the Nedbank Golf Challenge and I’m looking forward to experiencing a new country and a new culture later this year. It’s sure to be a special occasion for everyone involved after waiting so long to celebrate a landmark milestone."