Home » Tips and Instruction » Driving
In Partnership with

In golf it's easy to get bogged down by information overload so this simple piece of advice will ensure more consistency. 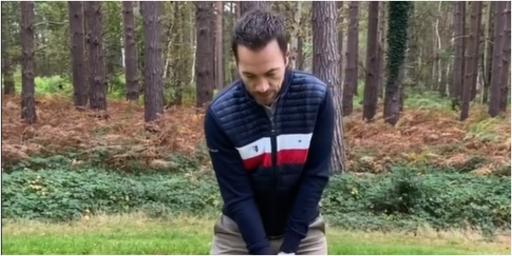 Nick Dougherty used to peg it up with the very best on the European Tour.

Now he's retired and pretty much the face of golf on Sky Sports covering the European Tour, PGA Tour and the majors.

His own short television show called Nick Dougherty's Tee Time Tips has proven popular because of his simple and effective advice.

The 39-year-old also posts more tips on his Instagram page, which has nearly 85,000 followers.

He recently posted a gem and explained how to shorten your overswing.

Amateurs do not have the flexibility to make a nice, full turn like the best players on the planet do.

Dougherty explains that most golfers will finish the top of their swings with just their arm movements.

Therefore we need one, simple key thought to ensure we can sync up our hands and our bodies to make a clean pass at the ball.

MORE: THIS TIGER WOODS STATISTIC WILL MAKE YOUR HEAD SPIN

"When the body stops turning, the arms stop swinging," Dougherty explains before ripping one down the fairway.

It might feel like your swing is very short but in reality it will look much different if you get one of your mates to film.

His victories came at the Caltex Masters, the Alfred Dunhill Links Championship and the BMW International Open.

MORE: HOW MUCH DID HOVLAND WIN AT MAYAKOBA?

NEXT PAGE: ARE YOU ALLOWED TO USE THIS CLUB?