Viktor Hovland: What's in the bag of the three-time PGA Tour winner? 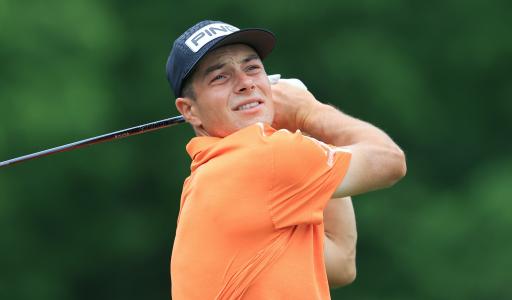 Viktor Hovland was at his brilliant best at the World Wide Technology Championship as he picked up his third victory on the PGA Tour.

The young Norwegian shot a career-low score of 62 in the third round to take a two-shot lead into Sunday. He went on to win by four shots ahead of Carlos Ortiz.

Ortiz led the Mexican charge at El Camaleon Golf Club but he settled for second place, where he also came in 2019. Justin Thomas came third and Scottie Scheffler came fourth.

Hovland finished the four-day event on 23-under-par which sets the new scoring record at the tournament. He has now won in each of the last three seasons on the PGA Tour.

He has risen to fourth in the FedEx Cup Standings too as Sam Burns still leads the way. Hovland has also climbed to 10th in the world rankings.

"I think I'll have to say so. I played really good golf throughout the week, I didn't have my best stuff today but I wish I could putt like I did today more often," said Hovland.

"It's been a blast all week - throughout the week I've been chipping it so good, making so many up-and-downs and it puts a lot of pressure off your long game.

"I hit a couple of bad chips today, it's still a work in progress but I've made big strides and I hope I can continue in that way."

He is the shining light of European golf right now with Jon Rahm also ruling the roost at the top of the world rankings.