Is Adam Scott playing in his final PGA Tour event at the Memorial Tournament this week? 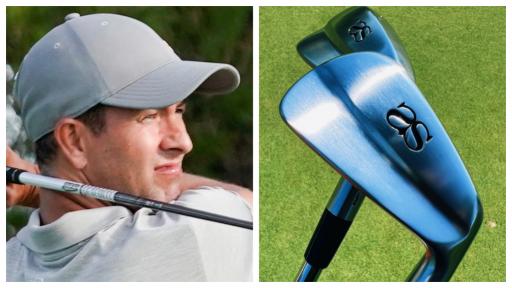 Adam Scott's new custom-made Miura irons have been splashed across social media today as the Australian gears up for this week's Memorial Tournament at Muirfield Village.

As you can see, the custom-made Miura player irons feature Scott's 'AS' logo on them.

Scott is now a free agent in the golf equipment world having left long-time sponsor Titleist.

Rumours have been circling on social media that the former Masters champion could very well be teeing it up in the opening event of the controversial LIV Golf Invitational Series at Centurion Club next week.

Should Scott decide to play in the LIV Golf opener then there is a strong likelihood that he will be banned from the PGA Tour, although exact stipulations have yet to be confirmed by the Tour.

As it stands, the full 48-man field for the St Albans event has yet to be declared.

It is understood from sources that Norman will announce the field at some stage later this week while Jack Nicklaus' iconic Memorial Tournament plays out on the PGA Tour.