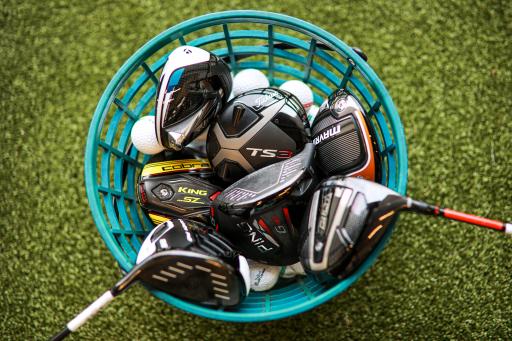 With 1274 participants, American Golf’s Battle of the Brands has claim to be the U.K.’s biggest ever driver test, and with the data now collated it certainly gives a unique snapshot into the nation’s driving habits.

The American Golf Battle of the Brands driver test asked visitors to the store to hit 3 shots with each of the Benross Delta, Callaway Mavrik, Cobra SpeedZone, Ping G410, TaylorMade Sim, Titleist TS2 and Wilson Launch Pad. Each club was equipped with stock shafts and lofts. Data was captured for 1274 participants with the longest drive in Men’s and Ladies’ over 45 and under 45 categories winning one of four £500 American Golf vouchers.

Outside of the prizes, the large sample size gave a unique snapshot of each club, and the average distances for each category. Topping the table for longest club on average across the whole test was the TaylorMade SIM with an impressive average distance of 268 yards. Hot on its heels though was perhaps a surprise contender for the distance category, the Titleist TS2, only one yard behind with a 267 yard average. Third for standalone distance was the Callaway Mavrik on a 262 yard average.

Moving on to the participant categories the results threw light on the average distances of club golfers. These figures were marginally skewed by the biggest hitters chasing prizes, but with the majority of participants being American Golf customers who took part on store visits, the distances on show reflect well on the latest technology and the driving capabilities of U.K. club golfers. In the Men’s under 45 category the average distance on test was 279 yards, with Men’s over 45 coming in at 246. Women’s Under 45’s recorded an average of 212 yards with the over 45 Ladies averaging 173.

On presenting the results, Will Sturgess, Brand Manager at American Golf, was delighted with the response from customers. He said, “It’s great to see so many people taking part and giving us a real insight into the ‘average’ golfer’s driving. It’s clear from the results that every one of the drivers on test would be a fantastic addition to any golfers’ bag. Every driver on test was the best choice for someone, which really does confirm that getting the right technology, right look and right feel for your game really can add yards to every drive.”