Charley Hull: What's in the bag of The Ascendant LPGA champion

Charley Hull captures her first win on the LPGA Tour in nearly six years, and she does it with a full bag of TaylorMade golf clubs and ball. 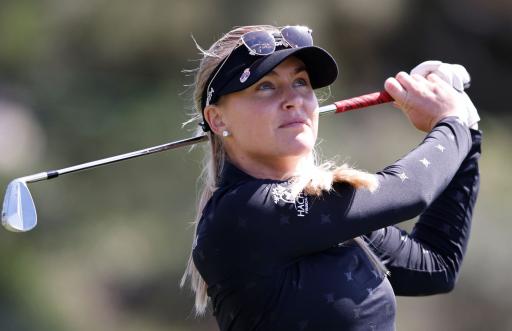 Charley Hull fired a Sunday 64 to outrun a crowded leaderboard and win The Ascendant LPGA Benefitting Volunteers of America by one at 18-under.

Hull was dialed in the entire round on Sunday firing off four birdies in her first seven holes and going out in 32. On the back nine, Hull’s surge began with a surgical approach shot from 141-yards out getting her TP5x golf ball to stop eight feet from the hole before burying the putt with her TP Soto Hydro Blast putter to take the solo lead.

Then, on the par-5 13th hole, Hull delivered a crafty Milled Grind 3 chip shot up a slope onto the green and 2-feet from the pin for an easy tap-in birdie. On the following hole, Hull’s new reliable Stealth Plus 15.0° 3-wood got the call for the downwind tee shot and found the fairway.

On her approach, Hull striped her P·7MB 8-iron from 144-yards and found the center of the green setting up another birdie putt. Hull drained a 15-footer reading the late right-to-left break to make her third consecutive birdie to take a three shot lead with four holes to go.

When all the hard work pays off. @HullCharley shines in the Lone Star State! She hit 84% of fairways with #StealthDriver and was in control of her #TP5x, hitting 68% of greens in regulation on her way to a second LPGA Tour victory! #TeamTaylorMade pic.twitter.com/lYZQRfrPjm

With a one stroke lead, Hull found the fairway on the 17th tee with her Stealth Plus driver on the par 5 and then used her Milled Grind 3 wedge to set up a five-foot birdie putt. Hull made the putt to keep her lead at one-stroke going into the final hole 18-under for the tournament and 7-under for the round.

On the 18th hole from 177-yards, Hull hit a P·7MB 7-iron just off the fringe of the green leaving about 15-feet for birdie and tapped in for par to secure the victory.