Charley Hull won the Ascendant LPGA with a one-stroke victory on a tense final day at the Old American Golf Club in Texas. 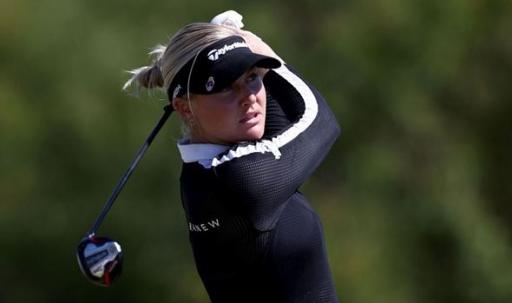 England’s Charley Hull says she's "very proud" of herself as she claimed her first victory in almost six years at the Ascendant LPGA.

Hull, 26, fired a relentless final round of 7-under 64 at the Old American Golf Club in Texas to defeat China's Xiyu Lin by one stroke.

Lydia Ko finished two strokes adrift of Hull's four-round total of 18-under par where she carded rounds of 67-64-71-64.

It is her first victory since the 2016 CME Group Tour Championship. She was doused in champagne by England's Georgia Hall as she secured her victory.

Hull told Sky Sports: "I have come close a few times since [last winning] but I have put in some good work this year.

"I think I know my game is there, it was just my confidence. I feel really good, I felt in control of my round, I feel very proud of myself.

"I found it all exciting [being in contention again], when Xiyu Lin made eagle on 17, I enjoyed that. It was great fun."

Hull began the day atop the leader board with with Lin and Celine Boutier, who was part of the European team that won the most recent Solheim Cup.

It was tense all day but Hull pulled clear halfway through the back nine when she managed to card three consecutive birdies.

Hull tapped in for par at the 72nd hole and had to watch on nervously as Lin had a putt to force a playoff but it drifted by.

As she clutched the trophy a short time later, Hull was in tears.