A report has revealed the difficulties facing Original Equipment Manufacturers and whether or not LIV Golf players are in breach of their contracts. 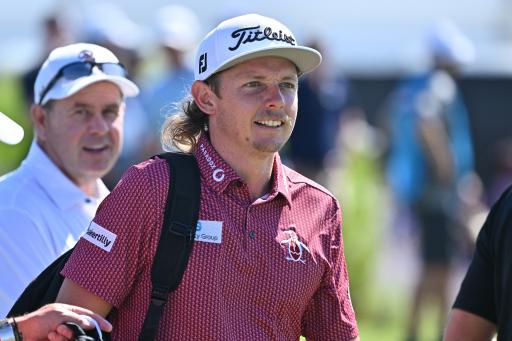 There is no denying the LIV Golf Invitational Series has caused more than a considerable ripple in the world of professional golf.

Some of the best players on the planet argue the game is currently fractured and ripping itself apart. Others claim there is simply no need for any animosity.

One thing that will be pointed out in discussions about the series - which heads to Bangkok next - is that this is all really about money.

Related: PGA Tour pro says moving to LIV "would be like purgatory"

We are talking about the likes of Dustin Johnson, Bryson DeChambeau and Phil Mickelson.

Mickelson, in particular, was a Callaway staffer up until he decided to take some time away from the spotlight following his polarising remarks.

His future status with the brand remains unclear. He has been spotted trying out various pieces of equipment in LIV events over the last few months.

Dusek's report explores the possibility of whether or not current LIV players are in breach of their contracts with their respective OEM.

Several sources have told Dusek that typically to fulfil their contractual obligations players will have to compete in at least 15-18 PGA Tour events.

Clearly, for the game's elite that threshold would represent a fairly low number of events, given four of those would be majors, plus The Players Championship at TPC Sawgrass, and the fact you can sprinkle in some other events with huge prize purses.

But the PGA Tour has indefinitely suspended players pending the outcome of a court battle or whether or not they will sit down with their new rival.

Greg Norman, LIV Golf's chief executive, has said he would be willing to get round the negotiating table to work out how LIV can "fit within the ecosystem". Rory McIlroy said he would be open to that idea, too, providing LIV stop playing by their own rules.

But PGA Tour commissioner Jay Monahan has so far refused to even entertain that thought.

This is where the headache comes in for OEMs.

It should be pointed out that the players' requirements to fulfil their contractual obligations clearly change if they sustain an injury.

What exactly is the answer if a player has not sustained an injury and has not competed in the number of PGA Tour events in order to fulfil their contractual obligations?

Do you hold the player in breach of contract? Do you pay them pro-rata?

An insider told Dusek: "If you pro-rate, you risk pissing off the player or the agent and creating some bad blood.

"And if there is a deal struck between LIV and the PGA Tour and golfers get to do both at some point in the future, you may have burned a bridge with a star."

Dusek's report also quotes a brand insider claiming that pro shops up and down the U.S. have asked them to not send materials containing LIV players.

It's also interesting to note that someone like Titleist staffer Cameron Smith, who is the current highest-ranked player on the LIV Golf Tour, is not listed under the "featured" players on the brand's official website.

Another insider also told Dusek: "It's very challenging right now because it's a moving landscape. If you plan for an athlete to appear in a TV commercial nine months from now, you don't know if he's going to jump."

Related: Golf fans are divided over McIlroy and Norman's war of words

One insider also told GolfMagic on the condition of anonymity: "A lot of brands seem a little reluctant to even send tour trucks down to LIV Golf events right now as a result of close relationships with the PGA Tour. It's going to be interesting to see what happens in 2023 and beyond."

They added: "Everyone is waiting for the other to make the first move."