The equipment Will Zalatoris used to claim an emotional first victory

This is the equipment Will Zalatoris used as he finally claimed his maiden PGA Tour victory at the FedEx St. Jude Championship at TPC Southwind. 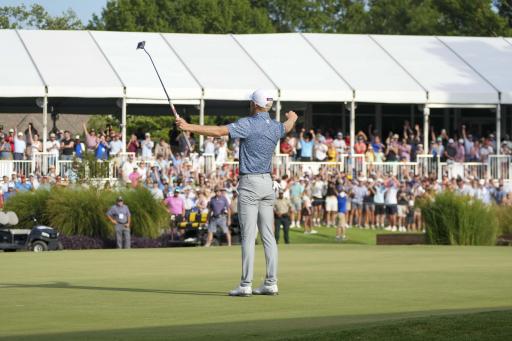 Will Zalatoris finally claimed his maiden win on the PGA Tour in the way you probably envisioned he would.

It was a white-knuckle finish for the 25-year-old who emerged as the winner at the FedEx St. Jude Championship at TPC Southwind via a playoff for the ages against Sepp Straka.

He broke down in tears and hugged his girlfriend Caitlin Sellers after a simply remarkable season. All that has been missing is the win.

Zalatoris, ever since he made his PGA Tour debut, has long been regarded as one of the best ball strikers on the circuit.

It would not surprise anyone to hear that he led the field in strokes gained approach to the green in Memphis.

But perhaps what finally propelled him to victory was that he also had his best week on the greens, posting his best statistics in the Strokes Gained: Putting statistics, via the PGA Tour official website.

Zalatoris' putting stroke has at times been attacked by critics and social media trolls this season. Over the shorter putts, his stroke looks more than a bit yippy.

Anything outside of 10ft and it appears that he's never going to miss. He appeared to have a message for the haters when he drained a gutsy, par-saving putt at the 72nd hole to remain tied at the top of the leader board.

He yelled: "What are they gonna say now?!"

Let's take a look at the rest of the equipment he used to get the job done in Memphis.