PGA of America, PGA Tour comissioner and Titleist make their views clear on the USGA and R&A ball report. 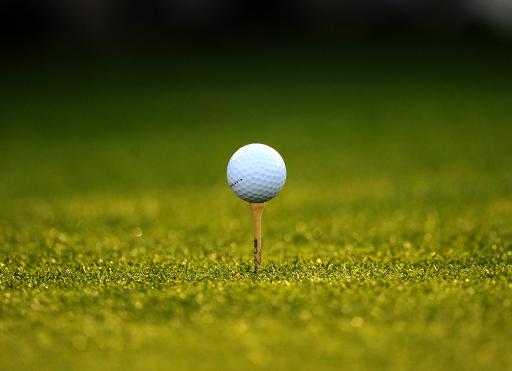 The USGA and R&A’s third annual report on driving distance showed they were seriously concerned with the distance the modern golf ball is travelling.

Clearly it’s a loaded subject, with social media platforms lighting up with debate following the announcement.

Here’s what the USGA and R&A said:

“The 2015 and 2016 editions of the distance report presented the increases in driving distance since 2003 as a slow creep of around 0.2 yards per year. The 2017 data shows a deviation from this trend. The average distance gain across the seven worldwide tours was more than 3 yards since 2016.

“As noted in previous annual reports, variability in driving distance of 4 or more yards from season to season on any one tour is not uncommon. However, this level of increase across so many tours in a single season is unusual and concerning and requires closer inspection and monitoring to fully understand the causes and effects.

“Increases in distance can contribute to demands for longer, tougher and more resource-intensive golf courses at all levels of the game. These trends can impact the costs to operate golf courses and put additional pressures on golf courses in their local environmental landscape. The effect of increasing distance on the balance between skill and technology is also a key consideration. Maintaining this balance is paramount to preserving the integrity of golf.

“The R&A and the USGA are concerned that, on an increasing number of occasions, new products are being developed and marketed which potentially run counter to the principles expressed in this statement.

“These product launches, without prior consultation with the governing bodies, can lead to considerable difficulties in formulating appropriate equipment rules and to undesirable conflicts between manufacturers and rule makers.

“The R&A and the USGA intend to bring forward proposals designed to improve procedures for the approval of new products.”

And here’s some highlights from others...

“Having just received the full report last evening, it is difficult for us at the PGA of America to provide meaningful comments on its content at this time," said Pete Bevacqua. "However, given the recent industry discussions and media reports regarding a potential roll back of the golf ball for all players and/or a segment of elite players, our Board of Directors has discussed this topic at length. Based on the information we have seen, we are highly skeptical that rolling back the golf ball in whole or part will be in the best interests of the sport and our collective efforts to grow the game.

“Our nearly 29,000 PGA professionals would be at the forefront of implementing this potential roll back, so we will be polling them this week to fully understand their perspective, especially on what it would mean for the vast majority of the golfers they serve. We look forward to offering our candid feedback to the USGA and R&A once we have collected that data and reviewed the full report.”

“Having carefully reviewed the data, we do not believe the trends indicate a significant or abnormal increase in distance since 2003 or from 2016 to 2017,” Jay Monahan said. “Rest assured, we will continue to collaborate and share data with the USGA and the R&A—along with other industry stakeholders—in monitoring these trends, as we have since 2003, and are hopeful our perspectives will align.

“There is a strong correlation between clubhead speed and the total distance gains seen since 2003,” the letter continued. “We believe this increase in clubhead speed is mostly attributable to a combination of factors, such as increased player athleticism and fitness, physical build of the player, enhancements in equipment fitting and the proliferation of launch-monitoring capabilities.”

“As a leader in the golf equipment industry, our team is conditioned to evaluate data to best understand contributing factors and root causes," said David Maher, Acushnet CEO and president. "It is with this intent that we analyzed the 2017 Distance Report, and our findings continue to support the fact that equipment regulations have been effective.

“A closer look into the numbers in the Report underscores the complexity of making any meaningful year-to-year comparisons. There were several contributing variables in 2017, including course selection and set-up, agronomical conditions and weather, which need to be considered when assessing the data."