We are just three weeks into the new year and Jon Rahm has already won twice, edging closer to the hallowed turf of World No.1 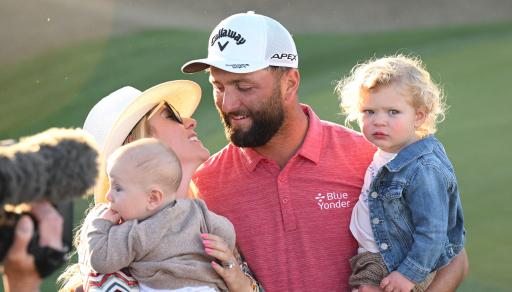 If you didn't watch the golf last night, you could probably have a good stab at what happened. Jon Rahm won. But it wasn't plain sailing thanks to the superb play of Davis Thompson.

Rahm battled with the PGA Tour rookie on Sunday at The American Express with Chris Kirk and Taylor Montgomery lurking in the background too. But the final result felt a bit inevitable.

The Spaniard made a decisive birdie on 16 which meant he finished on 27-under, one shot ahead of Davis Thompson who was left to rue a putt on the 17th hole on the Stadium Course in La Quinta which rattled the pin and didn't drop.

It was Rahm's fourth win in his last six worldwide starts. He is electric at the moment, playing golf that is powerful, accurate and full of brutal conviction. He is now a nine-time winner on Tour and he certainly isn't done yet.

He has risen to third in the world rankings, overtaking Cameron Smith of LIV Golf. He is outperforming a number of the world's top players and he is showing the kind of form that led to him winning his first major title at the US Open in 2021.

"Body's been feeling great. My swing's been feeling really, really good. And it shows, right? Even when I'm saying I may not be as comfortable as I would like, I'm shooting 64s because everything is just firing when it needs to.

"I've enjoyed some comebacks, but today was certainly a struggle. Out of the five birdies I made, what is it, one, two, three of them were tap-ins and the other two were basically six-footers. So that tells you the story."