Ryuji Imada returned to the PGA Tour this week and is using an old school putter that golf fans will love. 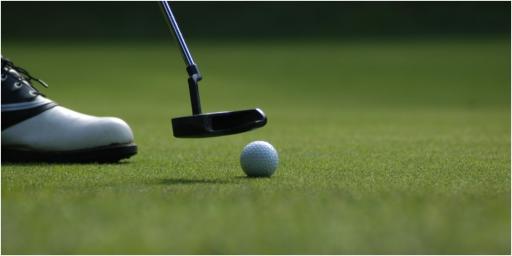 A PGA Tour player who hasn't played in the United States in more than seven years has resurfaced with a rather special piece of equipment.

Ryuji Imada is his name and he is playing the AT&T Pebble Beach Pro-Am. He was spotted in his practise round using a Titleist Scotty Cameron Bullseye.

An image posted by GolfWRX shows it up close in all its glory and what a beautiful piece of equipment it is.

Imada is a 45-year-old professional who last played in America in 2015. He did play the 2021 Zozo Championship where Hideki Matsuyama won by five strokes.

He has reportedly stepped away from the game in recent years, instead choosing to focus on spending time with his daughter.

Imada told the publication: "I think I got that putter about, I wanna say at least 15 years ago.

"I can't remember where I got it, but I think I just saw one on the putting green and I started putting with it, and it felt really good.

"I asked to have it, and it's been in my bag ever since. I actually have another putter that I switch to sometimes – I switch between two putters – and the other one is probably a little bit older.

"Every time I feel I'm not putting well, I just switch over. But yeah, the putter has been good to me."

This year's tournament was hit with some unfortunate news earlier in the week.

Will Zalatoris, who came close to winning for the first time on the PGA Tour last week, had to withdraw because of a positive COVID-19 test result.

While Daniel Berger, the defending champion, was also forced to withdraw after sustaining a back injury. But he has not revealed how, where and when he picked up this injury.