Daniel Berger, the defending champion of the Pebble Beach AT&T Pro-Am has been forced to withdraw, according to the PGA Tour. 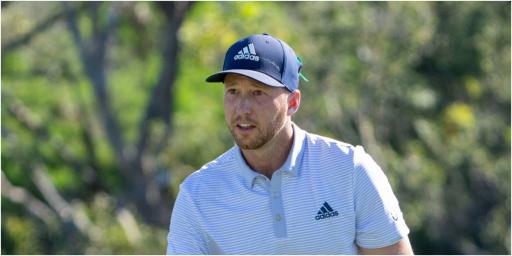 Daniel Berger, the defending champion of the Pebble Beach AT&T Pro-Am, has been forced to withdraw from the competition.

Berger, 28, will not play after injuring his back according to the tour's official communications department.

He has been replaced in the field by Kevin Stadler. Only this week Berger reflected on what that win did for him last year.

Berger, who starred in the Ryder Cup for the United States at Whistling Straits, said it helped him change his mindset.

He hit the headlines last week when he revealed he has been using his 2011 irons and is still purchasing equipment off eBay.

Related: Daniel Berger on why he buys clubs off social media

"And I've just done a bunch of testing and it's the best iron for me. So I don't see why I need to go out there and look for something else.

"And there are sets available on-line and people have reached out to me, so I've got an extremely large amount of backup sets sitting at my house.

"But like I said, I have plenty of clubs right now to last me for awhile and until something else comes out that is better I'm going to stick with what I have."

Berger memorably won at Pebble Beach by making a 30-foot eagle putt at the 18th.

He claimed that 3-wood he hit into the green with his second shot was perhaps the "best of my life."

Next page: How to watch the AT&T Pro-Am