Rory McIlroy: What's in the bag of the WGC-HSBC Champions winner

Check out the TaylorMade clubs as used by Rory McIlroy 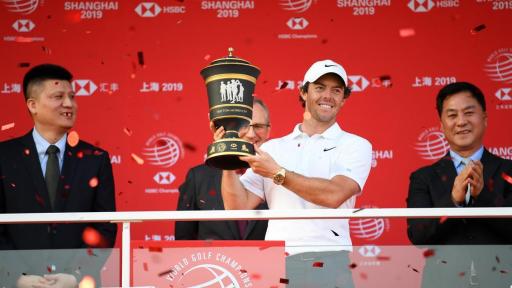 Rory McIlroy landed his fourth victory in his last 15 starts with a third career World Golf Championship title at the WGC-HSBC Champions in China.

McIlroy, 30, ousted defending champion Xander Schauffele to the title with a birdie at the first extra hole.

McIlroy also switched to the TP5 ball from the TP5x ball earlier this season to increase his short-game spin.

The Northern Irishman opened with three consecutive rounds of 67 and then finished with a bogey-free 68 to reach 19-under par, which was matched by Schauffele when making birdie at the 72nd hole.

But it was McIlroy who triumphed at the first playoff hole after smashing his M5 driver down the middle and finding the green with a long iron into the heart of the green.

Schauffele was unable to find the required birdie as McIlroy two-putted for his fourth tournament victory of the year.

The win marks McIlroy's third WGC title following wins at the WGC-Bridgestone in 2014 and WGC-Cadillac Match Play in 2015.

With just one more event left on his schedule for the year, McIlroy is intent on finishing in style at the season-ending DP World Tour Championship later this month.

"There's a lot of stuff that people don't see behind the scenes just in terms of hard work and putting the hours in at home," said McIlroy, who matches Darren Clarke's record for Northern Ireland of 16 European Tour wins.

"But all of that, it's not work, really. It's playing golf for a living. I'd be in trouble if I did have to work for a living.

"To practise hard and to do all the right things and to see it pay off like this and get wins like this makes it all worthwhile.

"I have on more event left in Dubai. I want to finish the season off as well as I can. I really wanted to get another win before the end of the year and now that I've done that, it wold be nice to get two wins."