Scottie Scheffler signs for TaylorMade ahead of The Players Championship

PGA Tour's hottest player Scottie Scheffler is no longer a free agent in the equipment world as he signs a deal with TaylorMade. 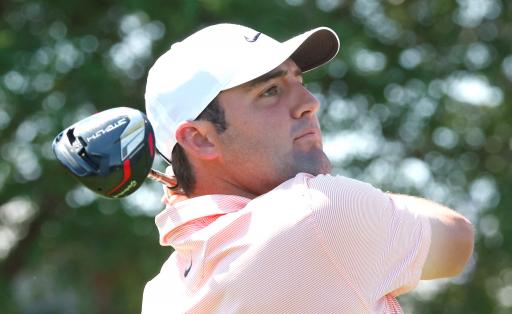 Scottie Scheffler is no longer a free agent in the equipment world after signing a multi-year deal with TaylorMade ahead of this week's Players Championship at famed TPC Sawgrass.

Scheffler, who has won two of his last three starts on the PGA Tour, will continue to use the TaylorMade Stealth Plus Driver and TaylorMade P7TW irons, the same irons that are built for Tiger Woods.

The big change for him will now be dropping his adored Nike VR Pro Limited 3-wood in favour of a new TaylorMade Stealth 3-wood.

He will remain in his Nike Golf apparel deal, which currently sees Scheffler favouring Woods' very own golf shoes.

Related: Rahm, Morikawa, Hovland, Cantlay and Scheffler set a new age record in the top five of the OWGR

"TaylorMade equipment has been integral in my career for many years, and I couldn’t be more excited to formally be a part of their roster of elite golfers," said Scheffler, who vaulted up to a career-best fifth in the Official World Golf Rankings after his win at the Arnold Palmer Invitational on Sunday.

"I’ve worked with TaylorMade’s team on Tour for multiple seasons and their commitment to getting the right equipment in my bag was a driving force in joining Team TaylorMade."

TaylorMade CEO and President David Abeles said: "We are humbled that Scottie chose to commit his equipment future to Team TaylorMade,"

"As he has proven with his two wins in his last three starts, Scottie’s game and champions mindset have driven his ascension to No.5 in the world.

"Our goal as a company has been and will always be to attract the best players in the game and Scottie’s decision to join our team has us motivated to continue to push the limits of innovation across all product categories."