Rahm, Morikawa, Hovland, Cantlay and Scheffler set a new age record in the top five of the OWGR. 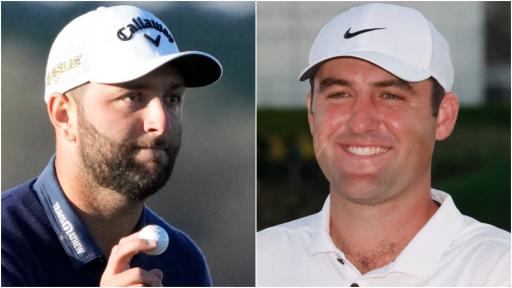 For the first time since the Official World Golf Rankings began in 1986, the top five PGA Tour players in the world are all under the age of 30.

That equates to an average age of 26.5, which as OWGR guru Nosferatu confirms on Twitter marks an all-time low.

#OWGR stat of the day:

Scottie Scheffler's win at Bay Hill and his subsequent rise to #5 in the world rankings mean that the average age of the Top 5 players in the world has reached this week a new, incredible, all time low:

"I think it’s a reflection just on the system at work," said PGA Tour commissioner Jay Monahan ahead of this week's Players Championship at famed TPC Sawgrass, the flagship event of the PGA Tour season.

"I mean, these young players are coming from all over the world at a young age, having success on the Korn Ferry Tour and the PGA Tour at a very early age, and that depth of talent, you talk about the top 5, you extend it past the top 5 into the top 30 and the top 50, the athleticism, the youth, the preparedness, the system is working, and it’s arguably the most exciting time in the history of the PGA Tour for that reason."

Scheffler, who burst into the world's top five for the first time in his career following a second victory in his last three starts at the Arnold Palmer Invitational on Sunday, believes we are seeing younger players waste little time in winning tournaments because of the strength of the college system.

"I think guys are coming out more prepared," said Scheffler, who played at the University of Texas.

"College golf is I think a lot different than it used to be, especially when you kind of play at one of the bigger schools.

"I think the schedule that we played in college kind of really prepared us to be able to come out here and play good golf just because we’re playing similar golf courses, similar conditions."

With plenty of world ranking points on offer at The Players Championship this week, Scheffler could in fact even move straight to World No.1 should he land his PGA Tour hat-trick in his last four starts.

On current form, we certainly wouldn't put it past Scottie.

Next Page: PGA Tour boss on Phil Mickelson latest - "The ball is in his court"