The Srixon Q-Star Tour golf ball delivers incredible softness with a tour performance, calibrated to fit the swing speed of all players. 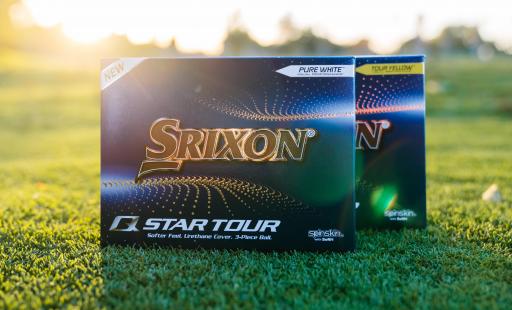 Srixon introduce the new Q-Star Tour golf ball. Now in its fourth generation, the Srixon Q-Star Tour officially launches in the UK and Ireland on February 25, 2022.

The new Q-Star Tour delivers the softest golf ball with tour-level performance from Srixon. The Q-Star Tour is calibrated to fit moderate swing speed players that seek the distance and spin of a tour-calibre ball.

Q-Star Tour features Srixon’s Spin Skin with SeRM coating that increases friction on every strike. That added friction and bite means more spin and more control when attacking even the toughest of pins.

Meanwhile, the FastLayer Core, with its graduated transition from the soft inner core to the firm outer edge, behaves like a core with thousands of layers, providing distance and a softer feel without compromise.

The new Q-Star Tour features the softest FastLayer Core with the tour-calibre performance from Srixon.

"The new and improved Q-Star Tour continues to deliver tour-calibre performance with a softer feel compared to our other tour-level offerings," said Joe Miller, Product Expert at Srixon Sports Europe

"This ball provides the distance all golfers need with the greenside spin and control to attack the toughest of pins."

The balls cost £34.99 per dozen and they will be released at the end of February. They come in offerings of Pure White and Tour Yellow.

NEXT PAGE: BRYSON DECHAMBEAU OR RORY MCILROY - WHO HAS THE BEST DRIVER SWING?