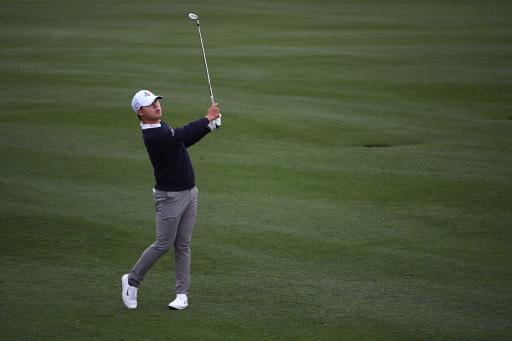 Si Woo Kim claimed an emphatic victory at The American Express in California, shooting an 8-under par final roudn to beat Patrick Cantlay by one shot and the Team Callaway player used the new Epic Speed driver to great success all week.

The new driver from Callaway was officially launched earlier this month and like many on the PGA Tour, Kim has already put the Epic Speed driver in the bag.

The 25-year-old averaged a driving distance of 300.4 yards at The American Express, but his shot-shaping capabilities enabled him to pull off a vast range of drives, including this low-cutting fairway finder.

WATCH KIM'S IMPRESSIVE LOW DRIVE IN THE VIDEO BELOW:

The victory for Kim marks three PGA Tour wins in total and his first since capturing The Players Championship in 2017.

The Korean hopes that his latest victory will fill him with confidence to continue adding to his PGA Tour tally, saying: "This win means a lot to me. I feel like I've got a lot more confidence after this win now."

NEXT PAGE: How Much They All Won At The American Express On The PGA Tour