Winner's bag: What clubs did J.J. Spaun use to claim Valero Texas Open?

Here is the equipment J.J Spaun used to claim his maiden PGA Tour victory at the Valero Texas Open to claim a spot in The Masters. 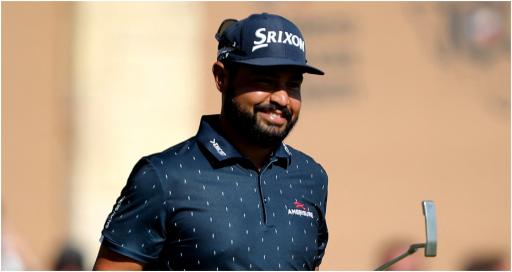 J.J. Spaun became the ninth first time winner on the PGA Tour this season at the Valero Texas Open at TPC San Antonio.

With the victory came a cheque for nearly $1.5million and the final spot at The Masters at Augusta National.

Spaun, 31, told the media after his win: "I feel like I've been playing good for a really long time this year, even starting back in the fall.

"[I have] just been staying patient, and I know this course is a good course for being patient and hitting fairways and hitting greens and short game is a big deal around here and I think I chipped it fairly well.

"Yeah, it was just one of those weeks where I kind of had a good feeling about it all week long. I've just been playing well and it was about time that I was due to string four good ones together and fortunately that's what I did today."

What equipment did J.J. Spaun use to claim his maiden PGA Tour win?

Next page: WITB of Tiger Woods?