If we are to see Tiger Woods compete on the PGA Tour in 2022, what clubs will he have in his bag? 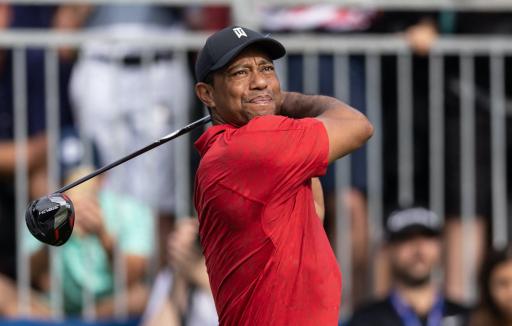 It really was a pleasure to watch the PNC Championship over the weekend. The golf was superb and there were some fantastic partnerships on show.

Team Woods fell just short of Team Daly, but every golf fan and player will have been satisfied just to see Tiger Woods back in his red attire and competing on a Sunday afternoon.

Tiger and Charlie made 11 consecutive birdies in the scramble format to shoot an incredible 57 on the day. They reached 25-under-par for the week at the Ritz-Carlton Golf Club.

John Daly and his son John II also shot a 57 to win by two shots. It was great to see the flamboyant two-time major champion play some great golf.

RELATED: PGA TOUR CLEARS THE WAY FOR PLAYERS TO COMPETE IN THE SAUDI INTERNATIONAL

After his display in Orlando, it has left a vacuum of speculation as to when we could see Woods back on the PGA Tour. As we all know, he has ruled out a full-time return.

At the PNC Championship, the 15-time major champion also made headlines when he was seen using the new TaylorMade Stealth+ driver.

The 45-year-old has a full bag of TaylorMade clubs apart from his trusty Scotty Cameron GSS Newport 2 putter. He also revealed at the PNC Championship that he was using the new Bridgestone Tour B Prototype ball.

NEXT PAGE: IAN POULTER SHARES HOW HE "GAVE UP" WITH BBC SPOTY AFTER LATEST SOLHEIM CUP SNUB