Are you a new golfer looking for some help off the tee? These drivers might be suited to you... 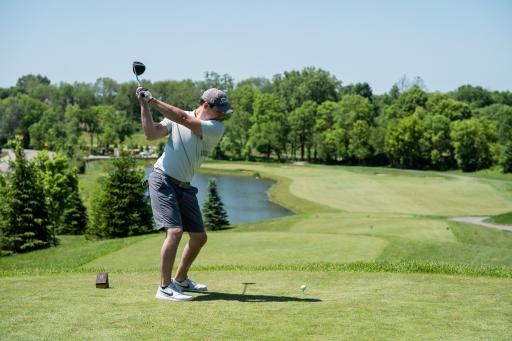 Participation levels are on the up in golf and it's amazing to see so many new people trying this incredible sport, but if you are a beginner, you might be realising that this certainly isn't an easy sport to pick up.

It takes a lot of dedication and practice to improve your golf game, but if you're struggling to hit the ball straight off the tee, there are some drivers out there that can help.

But we must warn you, these aren't magic wands that are going to have you hitting straight bombs 300-yards down the fairways every time, but these drivers do feature technology to help golfers who struggle with a slice.

So if you're someone who can't stop hitting those big banana slices off the tee, check out the drivers in this list that can help you keep your ball on the fairway.

The SIM2 Max D Driver is the perfect driver in the range for the golfers out there that tend to put too much slice spin on the ball. This is done by having an internal weight placed in the heel of the golf club. This slows the heel of the club down in the swing allowing the toe of the club to work faster, causing the clubface to be much squarer at impact. Historically, draw-biased drivers have often lost something in performance and forgiveness with the heel weighting compromising other parts of the design. Not so with the SIM2 MAX D driver. TaylorMade have completely redesigned the head of the D, which now has the asymmetric inertia generator positioned closer to the heel than on the other two drivers in the range. The integrity of the driver's performance is now maintained whilst offering new levels of draw-bias.

The Cobra RADSPEED XD is one of three models in the new RADSPEED range and is aimed at the golfers that tends to impart too much slice spin on the ball. Previous Cobra’s draw biased drivers have been made with an offset head, which are not always to everyone’s taste. The RADSPEED XD manages to produce a significant amount of draw bias from a straight neck which will surely prove to be hugely popular amongst slicers everywhere. The Cobra RADSPEED XD driver takes its name from a popular engineering concept called Radius of Gyration, which is the distance from the Centre of Gravity to the position of the technology. The Cobra R&D team found that by increasing both the Radius of Gyration and the distance between the front and back clubhead weights, they could create a blend of speed, forgiveness and spin control that had not been achieved before.

Callaway have taken a new approach to driver distance with the release of the Big Bertha B21. Previously drivers that have been created to reduce side spin and help keep the ball straight have done so at the expense of distance. The B21 promises to eliminate slicing whilst keeping ball speeds and overall distances high. With an extremely low and forward centre of gravity the B21 driver is one of the lowest spinning drivers on the market and lower overall spin also means less curve on shots. Historically, a golfer has had to create above average swing speeds to get the most out of forward cg, low spin driver heads as failure to create enough speed would see the ball fall out of the air much too quickly.  The Callaway Big Bertha B21 looks to change that by offering high launch capabilities but with incredibly low spin, giving the low to moderate speed players the chance to get the dreaded slice spin off the golf ball. To further help reduce slice spin the B21 driver has been constructed with internal draw bias through strategically placed weighting inside the head and with a small amount of offset it promises to be the most anti-slice driver available today.

Unlike the other two drivers in this range which have a moveable weighting system, the SFT version has a large 23-gram tungsten backweight that moves the centre of gravity significantly towards the heel. This increases the speed of the toe of the golf club, encouraging the face to sqaure up quicker and can drastically reduce unwanted curve. The SFT model promotes 25 yards more of right-to-left shape than the neutral setting on the G425 Max. The PING G425 SFT has a D1 swing weight which is somewhat lighter than the other two models and this again helps to improve the effects of the straight flight technology. The SFT has a maximum sized 460cc profile and its large footprint will give huge amounts of confidence to players when it is placed behind the ball at address.