Golf Betting Tips: Our BEST BETS for Round One of PGA Championship

GolfMagic is back with four selections for the first round of the PGA Championship, including a huge price on the first-round leader. 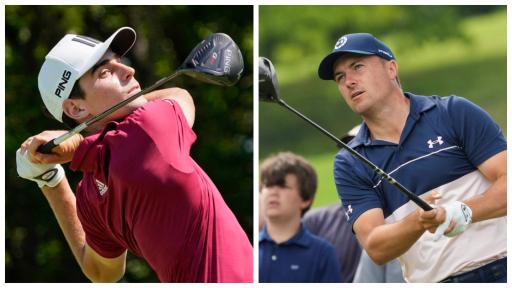 GolfMagic selected Patrick Cantlay, Xander Schauffele, Scottie Scheffler and Shane Lowry as the key players to look out for at the 2022 PGA Championship.

Tiger Woods is playing in just his second event since his serious car crash in February 2021 after finishing 47th at The Masters last month.

Unfortunately, Phil Mickelson has not returned to defend the title he won at Kiawah Island last year. At the age of 50, he became the oldest ever winner of a major championship.

Nonetheless, the world's best players have arrived at Southern Hills in hope of major glory. World No.1 Scottie Scheffler admitted that the Tulsa venue is one of his favourite courses and he is looking for his fifth win in his last nine events.

Related: Brooks Koepka on beer prices at US PGA: "You drink enough, you'll be fine"

Both Viktor Hovland and Rory McIlroy are happy with their games this week. McIlroy, a two-time winner of the PGA Championship, has been drawn in a marquee group with Woods and Jordan Spieth.

Spieth is arriving hot from a win at the RBC Heritage and a runner-up finish at the AT&T Byron Nelson. This event is the final piece of the Texan's major grand slam puzzle.

We have selected our best bets to win the tournament and we have now switched our attention to the best markets for round one in Oklahoma.

Take a look below at our best bets for round one of the PGA Championship.

Shane Lowry is a former Open champion and he is currently ranked 27th in the world. He has been very unlucky not to win his third PGA Tour title this season, achieving top-fives at the Honda Classic, The Masters and the RBC Heritage. He should make a hot start in Tulsa this week.

Joaquin Niemann started well at The Masters with a round of 69 and it was a round typical of his form in 2022. He has made three top-10's in 15 events this season including a dominant display at The Genesis Invitational, which was his second PGA Tour title.

Christiaan Bezuidenhout is having a solid season on the PGA Tour. The South African has made six top-25s in 15 events in 2022 and he has made five cuts in his seven appearances at major tournaments. He has been drawn in a good group with Corey Conners and Jason Kokrak and we believe 2/1 is decent value for Bezuidenhout to come out on top in round one.

Jordan Spieth's swing changes are beginning to bring great rewards. He won his 13th PGA Tour title at Harbour Town and he has also come second twice in 2022. The World No.8 is back to his best and although we haven't picked him to win the US PGA, 30/1 is a huge price for the three-time major champion to set the pace on Thursday.