Brooks Koepka on beer prices at US PGA: "You drink enough, you'll be fine"

Brooks Koepka is an ambassador for Michelob Ultra, but fans are being charged $18 for their beer at the PGA Championship this week. 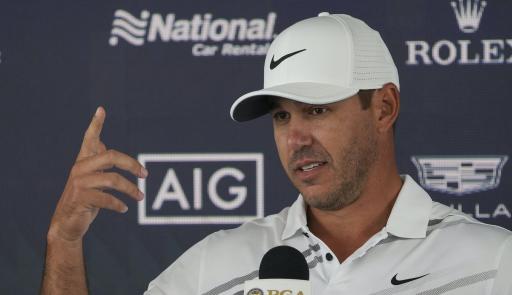 Golf fans have been outraged by the prices of beer at the PGA Championship this week, but Brooks Koepka had a simple solution to their problems.

At Southern Hills, the venue is charging $19 for a can of Stella Artois and $18 for a Michelob Ultra, which sponsors the two-time PGA champion Koepka.

It is also $19 for a Souvenir Cocktail and $13 for wine. These prices have been blasted on social media but Koepka believes he has found a remedy for the fans' issue.

"Michelob Ultra is 18 bucks, but it's a tall boy. It's bigger than the normal ones, so you'll be all right. You drink enough, you'll be fine," said the 32-year-old.

2017 PGA champion Justin Thomas didn't quite share the same attitude towards the extortionate prices as Koepka. In fact, he shared the same frustration as the fans.

"You want people to come to the tournament. If I'm on the fence and I'm looking at the concession stand, that's not the greatest thing," Thomas said on Tuesday in Tulsa.

"I was just blown away because I've never seen a beer $18 or $19 in my life. Guys have been talking about it, so I, you know, had to stand up for the fans. Felt like it was right."

Koepka may not have any issues with the prices of beer at the US PGA this week, but he did experience difficulty yesterday when he was locked out of his own car.

He posted a video on social media and explained that he put his golf bag and his keys in the car, but when he shut the door, the entire car locked. Not an ideal start to the week.