RoboGolfPro: how a robot can fix your swing

Could Fairweather Golf's RoboGolfPro chisel out your perfect swing? 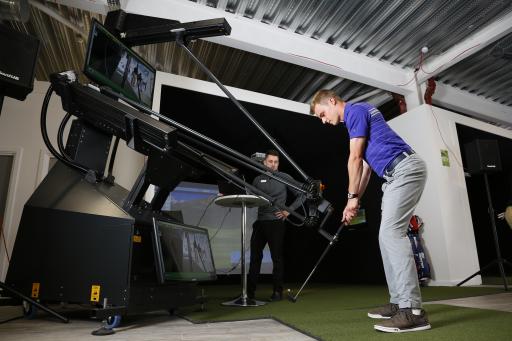 The robots are no longer coming – they have arrived.  But this robot is not here to take over the world, or even take your job. It is here to help you find your perfect golf swing.

Fairweather Golf in Camberley boasts a K-Vest, BodiTrak, Trakman, and six golf simulators loaded with heaps of courses to play. It also has a bar and restaurant, for some downtime after your session. But most importantly, it houses the only RoboGolfPro unit in the UK.

Developed in America, and assembled in Germany, two RoboGolfPro units are on show in Surrey, making the establishment the most advanced indoor academy in the UK. 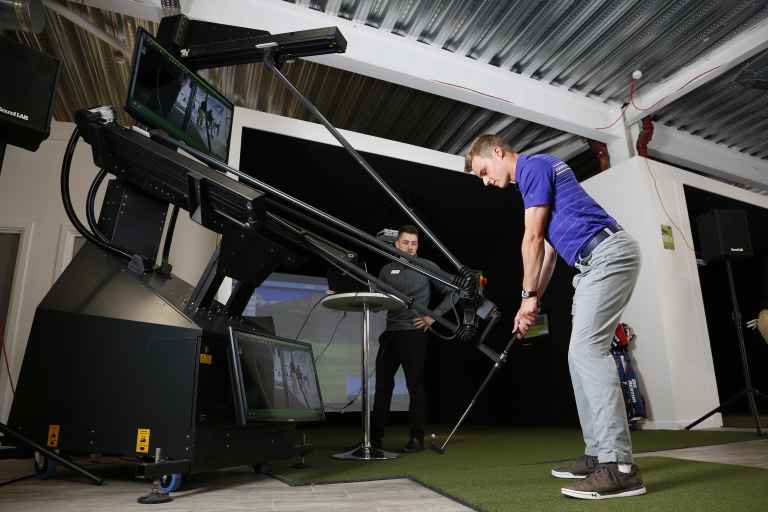 At the end of an intimidating, but intriguing device there is a club - the only famliar thing on this vast being. Players adress it as they would normally.

This then moves around the perfect plane, which pulls the player's arms and body into the correct positions. Cameras also show the player what is happening in real time.

“RoboGolfPro is the only machine in existence that physically takes the club and corrects the golf swing specifically for the ability and physique of the student, developing muscle memory which enables them to replicate that swing when they’re out on the course,” explains director of instruction Nate Weidner.

Weidner explains that in an hour lesson, he would typically spend 45 minutes with the student on the machine, in order to engrain the new moves.

This develops muscle memory, and importantly allows the player to get a correct feel for the moves they should be making.

“Based on the information entered into the machine, the robot guides the golfers’ arms and body to formulate a golf swing and motion that is best fit for the individual,” adds Weidner. “It’s your swing, but with robot-assisted efficiency.”

The device is not a replacement for coaches, it simply assists their coaching.

To start with, coaches at Fairweather Golf watch a player take normal swings before building a swing on RoboGolfPro that will fix and glitches. On occasion, they will exaggerate a move, in order for the student to break out of a bad habit.

Furthermore, a coach is needed to tell the player how his/her body should be working through the swing, as only the hands and arms are being contourted by the machine.

RoboGolfPro has an impressive uptake on the PGA Tour, and since moving across the Atlantic, you can bet some of the European Tour players will also be saving up to purchase their own.

Vaughn Taylor is the device's greatest advocate Stateside – in fact, he splashed $150,000 to get one in his house. A big outlay, but he has reaped the rewards.

After a period in the doldrums, Taylor got back in the winner’s circle at the 2016 AT&T Pebble Beach Pro Am. Taylor even used RoboGolfPro in his warm-up routine before heading out to play in California.

Perhaps unsurprisingly, Bryson DeChambeau - known as the Scientist - is a RoboGolfPro user, as too, major winners Mike Weir and David Toms 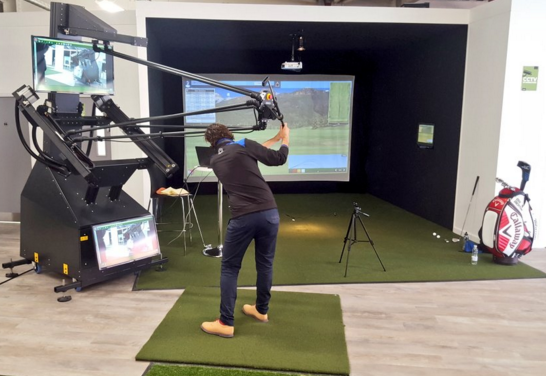 We have tried and tested hundreds of training aids - many have improved our performance, some short term, others long term.

None have produced such fast and dramatic improvement as RoboGolfPro, in regards to fixing our swing.

‘What you feel isn’t real’, a mantra so often said in golf. The first couple of swings we executed with the machine left us in disbelief.

It put us in very bizarre positions, and we even got to try out Jim Furyk's swing!

However, with assurance the machine was in fact bringing us back down on plane, we stuck with it, and after a while it began to feel a little more familiar.

The first few shots were hardly perfect as we got used to a flatter plane and closing the clubface earlier on in the downswing, but once we got the moving parts in order, we were flushing every shot down the middle.

With a 7-iron in hand, we saw a 20-yard improvement after just a few minutes on the RoboGolfPro. Our look of astonishment was in stark contrast to the face of Weidner, who explained gains of "20, 30, 40 yards" are common in the first session. 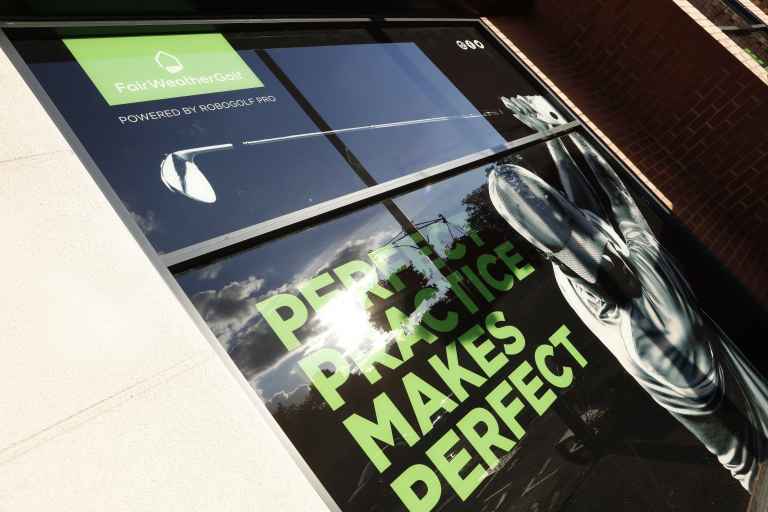 A one-hour session on RoboGolfPro with one-to-one coaching costs £140 per hour, or £70 for 30 minutes.

Before using RoboGolfPro, students must do an introductory session for two hours, costing £200.

There is also a junior scheme, allowing those under 16 to benefit from £10 lessons.

The venue opens to the public on July 9, when the coaching team will be giving out free taster sessions.

One RoboGolfPro will also be doing the rounds at events, so keep your eye open for it at tournaments.

To book, or to find out more, visit the Fairweather Golf website, or email enquiries@fairweather.golf.