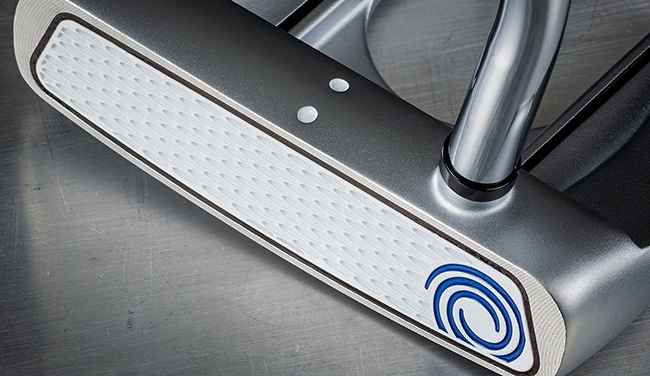 There are putters. And then there are Odyssey putters.

Callaway HQ, which markets putters under the Odyssey brand, is situated only a Mack Daddy 3 away from the World of Adventures Park.

Resisting the urge to go crazy on some rides, I had made the journey to Surrey for good reason, all thanks to GolfMagic choosing me as the winner of their latest Odyssey Putter Fitting competition.

Arriving well ahead of schedule and full of excitement, I couldn't help but take a quick selfie in the sunshine with Masters champion Danny Willett - well, with his huge picture splashed across Callaway's main entrance.

It's a pretty impressive building to say the least. The offices and reception are very smart and comparable to any blue chip company from any other industry. 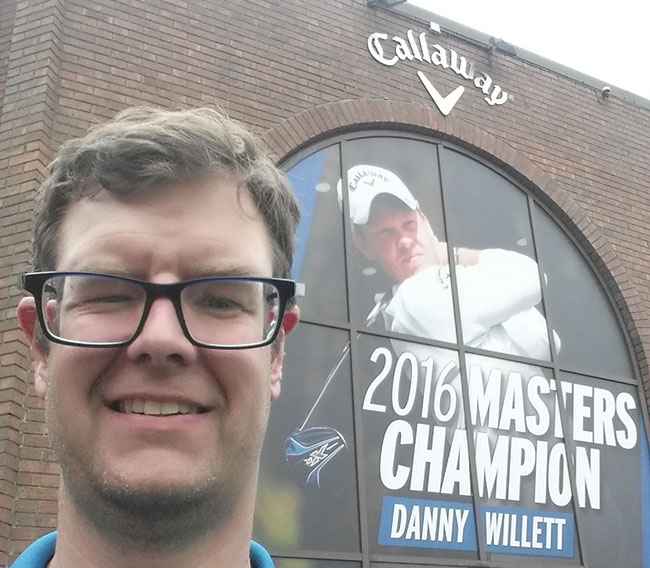 Waiting patiently for my call in reception, amid all the sales and marketing men and women going about their day, my fitter for the day Matt Judd greeted me from behind a frosted glass door and welcomed me into an Aladdin's Cave of putters.

Well not a cave, more a beautifully lit and presented studio with probably 70 odd mallets and blades, on top of some serious gadgets.

Matt was an extremely welcoming and friendly chap and wasted little time in asking me how bad my putting was. I joke, but we did speak at length about my strengths (distance control) and weaknesses (holing out) on the greens. I explained to him how I don't expect to hole many putts outside of 10 feet, but I hole literally one every other round it seems - and it frustrates me! 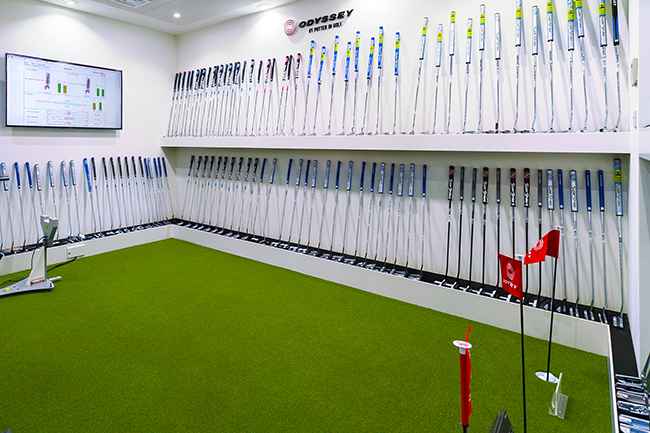 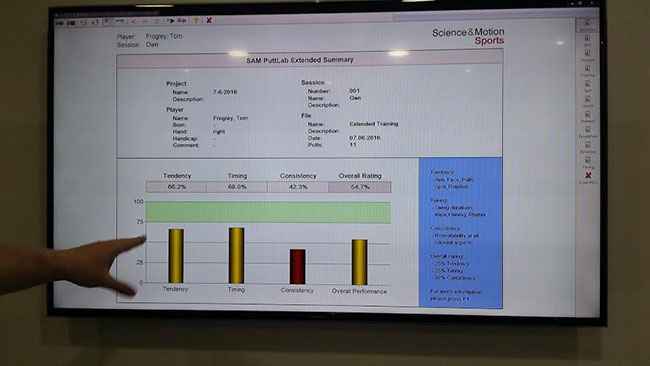 He also wanted to know what golf ball I tended to use, so I told him how I leaned towards harder Tour balls like the Callaway HEX Chrome+ or Bridgestone B330.

Throughout this putter fitting, we never really moved away from the Odyssey RX insert as I was happy with the feel - especially with it being a bit softer than the metal face of my current putter.

Matt began by taking a good look at my current Yes! mallet putter and measured the loft (3.5 degrees) and lie (71.25 degrees) of it on an extremely expensive looking digital jig. It's an engineer's dream. 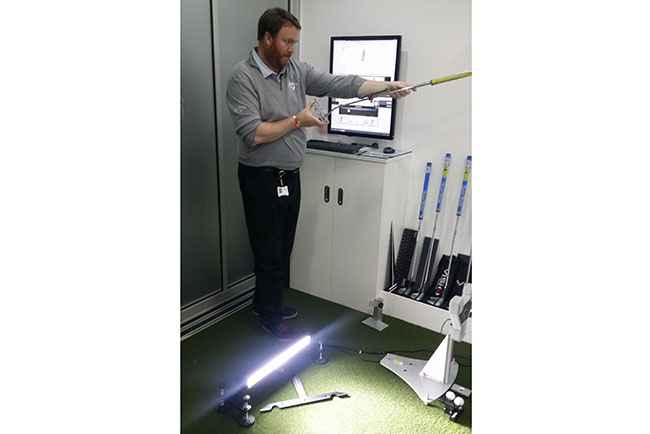 Now for the science!

S.A.M. measures the movement of the putter during the stroke - the whole stroke, backswing after impact, the lot.  Quintic photos the ball as it leaves the putter and provides roll analysis - i.e. how much skid or jump you get after impact. It's all rather very clever.

I proceeded to hit 10 not too shabby 10 footers at a black target after Matt attached some sensors to my putter. He then explained my 3.5 degrees of loft on the putter was actually 6 degrees of launch on the ball because of my upward putting stroke. I was essentially making the ball jump and skid. 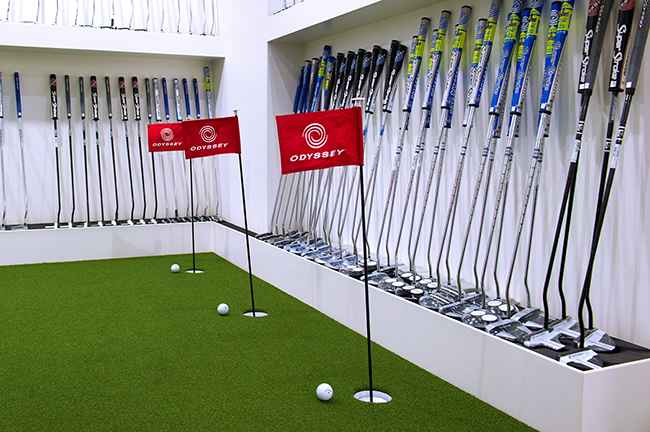 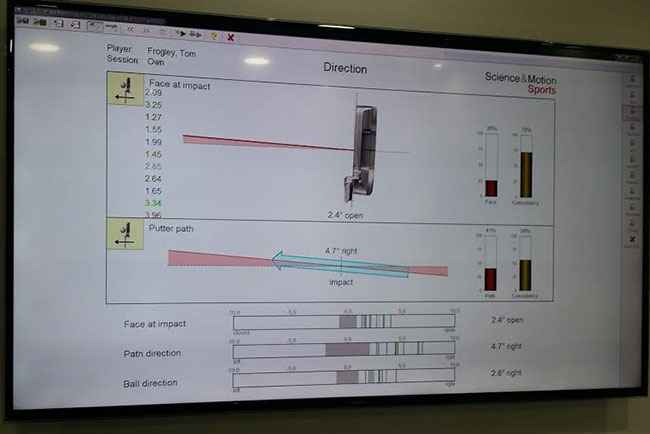 He showed me that my putter was on a path of some 4 degrees right of target and my face angle was open to target on average 3 degrees. I wish i had those numbers on my driver!

My fitter also showed me that my putting stroke was quite loopy. It went back straight then returned to the ball on an inside path.

Matt and I decided it was best for us to remain in a counterbalanced design at 38" length due to my 6-foot-plus height and loopy stroke. We then explored the options from there.

He felt going down to a 35" would cause me to hunch over more and increase the loop effect - either that or hold it so high up the grip any counterbalancing would be negated. 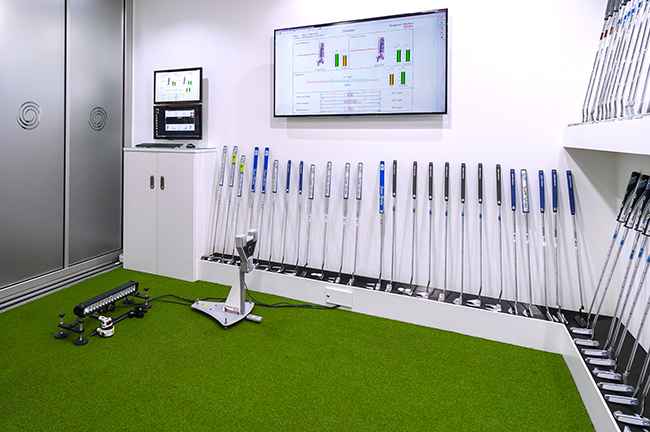 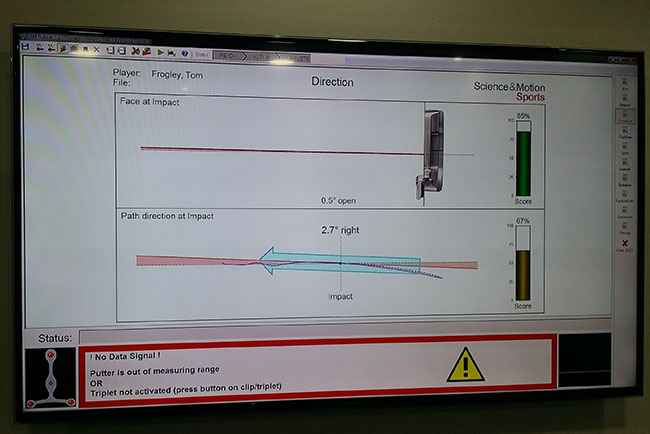 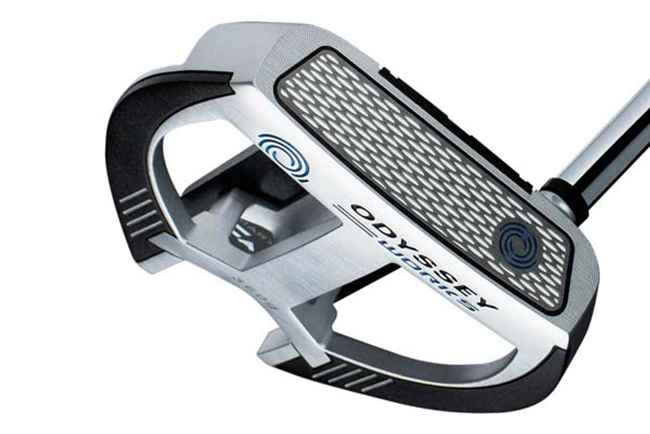 First up, we tried the Odyssey Works Marxman Tank in 38". Matt asked me to grip this putter a little higher than I would normally grip my current model.

Immediately the alignment improved around 1 degree. The S.A.M. device showed me how I was still leaving the face open on average 2.5 degrees over ten putts. Matt was happy with the improvement though and explained how the high definition alignment lines are great for settiing up square to target.

However, he felt there were improvements to be had, so passed me his next weapon of choice. 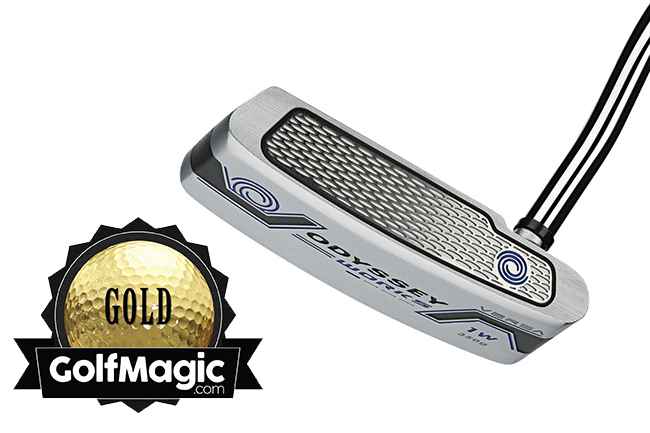 To my delight, the next model on Matt's radar was a model of Mr Willett's Odyssey Versa #1 Wide. This is certainly a blade putter on steroids!

Matt explained the head shape, while still being face balanced, would want to swing shut more than a big mallet and may help me square the face at impact.

Five putts later Matt took it back and placed it back on the rack!

He explained the face was closing better but my alignment was a lot worse. He also showed me I was more erratic with my stroke. The pace was consistant but I was all over the place with it. It was a shame because it looked so nice, but golf is no fashion show after all. 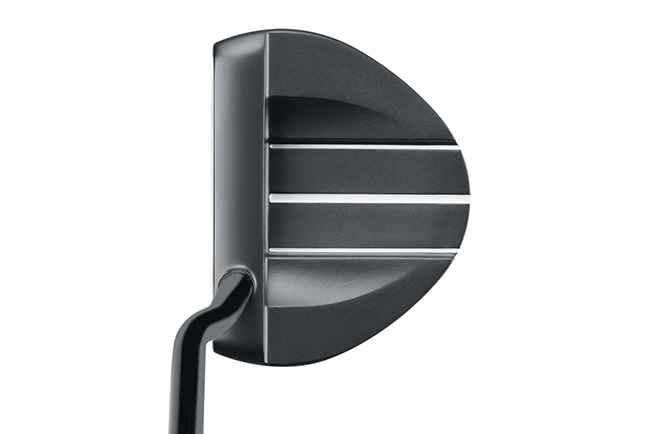 Next up was the Odyssey V-Line Tank Cruiser.

Fitting me into a slightly lighter model than a pure Tank with adjustable weighting, Matt tweaked the weights about for me.

He adjusted the sole weighting and counter balance options, and I must admit it felt very different.

The S.A.M. Puttlab confirmed it was not helping me make a consistent stroke at the ball, however, so we quickly moved bank to the heavier Tank model. 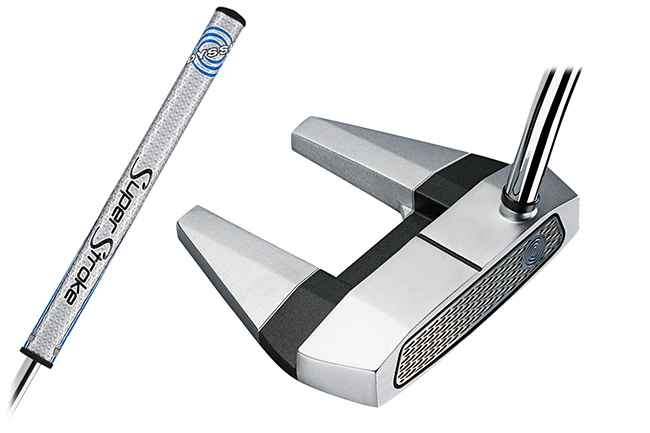 And then came along the Odyssey Works Versa Tank #7 with a nice thick SuperStroke grip.

This putter from the very first stroke did something strange. In the same setup and everything - using another face balanced putter - it all just seemed to click.

The head wanted to go back in an arc. Not straight back but like a traditional toe flow putting stroke. As a result, I squared up perfectly at impact, and closed post impact. I hit the white pen line 10 feet away four out of 10 balls and the worst was 1.5 inches from centre.

S.A.M. confirmed I was now only 2 degrees right of target with my stroke and my face was now only 0.5 degrees open at impact. Winner!

I can honestly say this would have been my last choice from the mallets aesthetically but it just clicked and it worked for me. We settled on a standard lie in the #7 at 38" and we came down to a 2.5 loft.

All done in an hour and half. Job done. 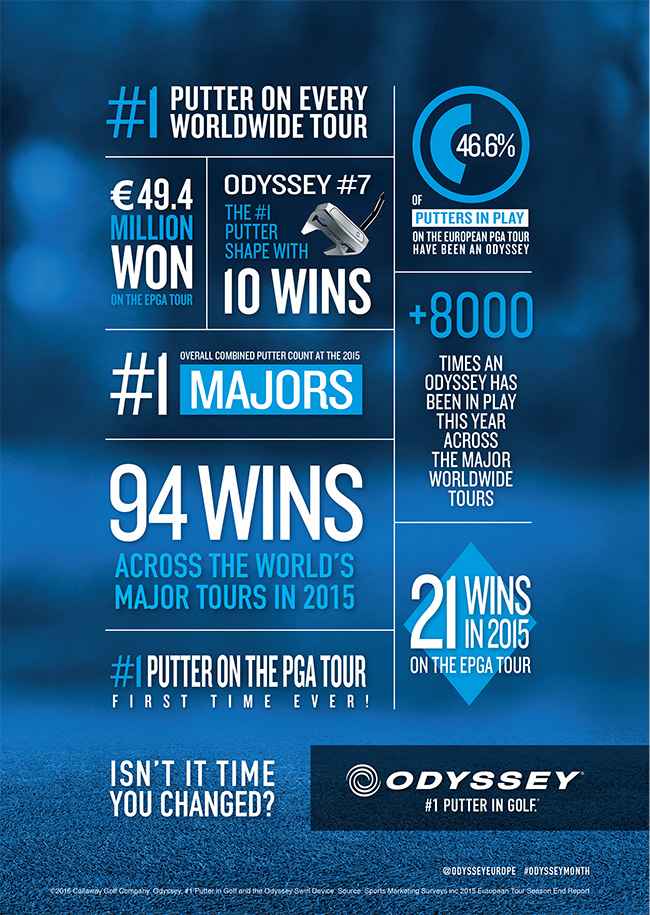 This really was a fantastic experience. I would like to thank my Odyssey fitter Matt for his knowledge and help on the day, and also the guys at GM Towers for giving me the opportunity.

I know I'm not a good putter, but Matt explained all the relevant data to me and showed how I was following a consistent miss that could be worked upon.

I can honestly say that if you are shopping for a putter right now, you need to seriously consider a custom fitting like this one. I had no idea how much difference a head shape could make, yet I was receiving different results with each of them.

A driver fitting might mean you hit a couple more fairways and hit one less iron into the green, but a properly fit putter will definitely save you shots.