We dish out Golfmagic Gold, Silver and Bronze awards to our favourite premium wedges on the market in 2014 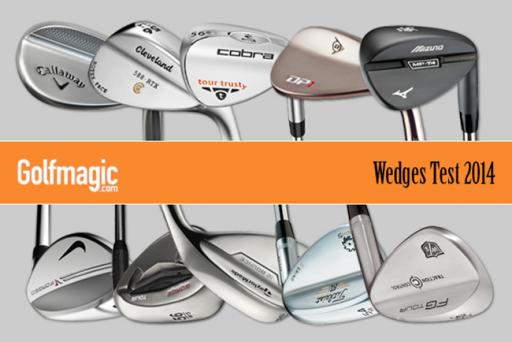 Summary: The Dunlop DP1 Wedge is made from ultra soft 8620 soft stainless steel for ultimate feel and features a milled face and 22 groove design which allows the club to grip the ball and at impact and generate high spin rates. The Dunlop Wedge has a Lamkin grip to provide more control over the club and reduce slipping, the True Temper Dynamic Gold shaft which is designed to use Variable Wall Technology and a tour-proven step pattern to provide exceptional performance for all golfers.

Looks: In terms of appearance, the DP1 should appeal to most as there isn’t much to cause offence. It’s a fairly classic design although the leading edge is slightly rounded which may annoy some. when looking down on the club, there is a relatively thick top line which we weren't massive fans of. The dark silver finish should reduce glare in the sun and added an extra dimension to the appearance.

Feel: In terms of feel, this wedge was reasonable. It has a slightly soft feel although the heavy club head can often mean you lose a bit of control over the clubhead and the feel quickly diminishes when not hit from the middle. When not struck from the middle the story is different as the feel turned hard and it produces a displeasing sound. There is a decent amount of feedback provided, though.

Performance: The most impressive aspect of this club is the amount of spin we were able to impart on the ball. From distance as well as around the greens, we were able to get lots of check on our shots which meant we felt in control. In terms of spin it held its own with anything we tested from full length, around the greens and out of the bunker. In terms of distance it was towards the bottom of the pack and it’s forgiveness is not an attribute. If struck off centre you should expect to lose a good deal of distance and to stray off line. For a relatively budget club, it releases from the turf nicely and we found the DP1 wasn't turning or digging into the turf much.

Verdict: For the price, this is a solid wedge. While it’s not the most forgiving club, it offers good, consistent yardage and imparts a great deal of spin which allows players to control their ball. The club looks great as will your bank balance if you choose to stick it in the bag. By no means as impressive as other premium wedges in this test but decent value for money and deserves every right to take place in this Ten of the Best test.