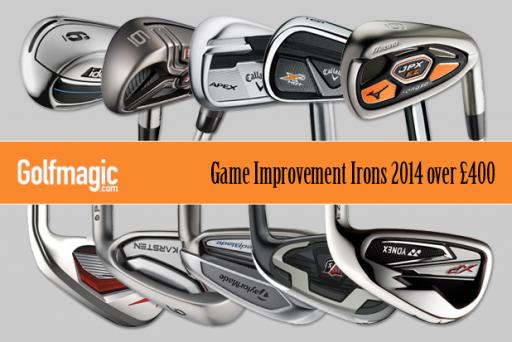 Appearance: For game improvement irons, these look great. They have a fat sole, which is to be expected, but the topline is relatively thin which means the club is nice to look down at. They look great from the back, or dangling in your bag, as the red Nike tick and cavity stand out, but not in a garish way, giving the club a classy, but not boring appearance. Behind the ball, you hardly see the cavity and you would be forgiven for not knowing that you were about to strike a game improvement iron. 4.25 (out of 5)

Feel: A soft, almost forged-like feel is sent back through the shaft and you can really tell when you’ve struck one properly. Nice, crisp sound at impact and no shocking vibrations when hitting a squiffy one. The club does not feel dead or chunky like so many game improvers do. Mixed reaction from testers over the standard Nike Tour Wrap 2G grip. Two loved it, two felt it was far too tacky. 8.75 (out of 10)

Performance: Distance-wise, the club excels. It was travelling above-average for each tester. One of the most forgiving irons in this test, too. There is a huge amount of forgiveness is on offer from off-centre hits. Slight bit of offset ensured some nice draw shots, and fades weren't too tricky. When struck poorly, the ball will still get airborne and will travel a reasonable distance. A very accurate club. Easy to play shots low off the back foot, too. 9 (out of 10)

Verdict: The best game improvement irons ever to fly out of Nike Towers. We're big fans of the VRS Covert 2.0. There's an abundance of forgiveness on offer and decent distance to be obtained. I'd personally want to change the standard white grips, which would cost a little bit more, but £450 for the set looks a steal. Impressive. 22 (out of 25)

Next up, PING Karsten