Beef has been playing consistently on the European Tour and he has brought this to Golf Santa Ponsa in Spain. 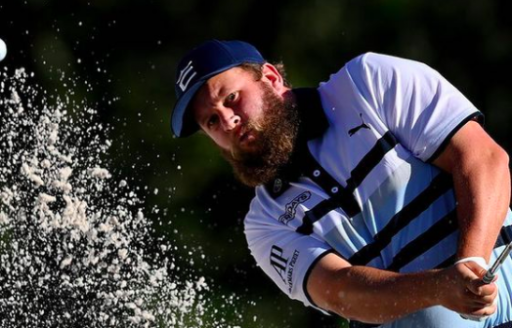 Andrew "Beef" Johnston made a great start to his week at the Mallorca Golf Open, firing a round of 4-under-par to sit just four shots off the lead.

Johnston, who won the Real Club Valderrama Open de España in 2016, fired a bogey-free score of 66 in the first round at Golf Santa Ponsa.

The 32-year-old made three birdies on the front nine and one birdie on the back nine to sit alongside Eddie Pepperell and Rhys Enoch in a tie for 14th place after day one in Spain.

Beef has once again played solidly in the Spanish swing on the European Tour. He finished tied 24th at the Acciona Open de España and tied 15th at the Andalucia Masters.

Laurie Canter moves to four under with a superb chip in at the 10th #MallorcaGolfOpen pic.twitter.com/8dWVuxpDFw

The Englishman also finished in a tie for 6th place at the BMW PGA Championship at Wentworth, which stopped a three-week run without a top-20 place.

He is four shots behind the Dane Jeff Winther, who carded a superb score of 62 in the first round of the Mallorca Golf Open.

Winther began with a bogey on the first hole, but he put this behind him to make 10 birdies in his next 14 holes. He made one more bogey at the 17th hole to finish on 8-under-par.

He holds a one-shot lead ahead of Niklas Lemke and Bryce Easton on 7-under-par. Spaniards Jorge Campillo and Alvaro Quiros are two shots back on 6-under-par.

Two-time major champion Martin Kaymer shot a conservative opening score of 2-under-par, as did the impressive Laurie Canter and the fiery Thomas Pieters.