The Enlishman looked solid but Denmark's Joachim B. Hansen opened with a bogey-free 63. 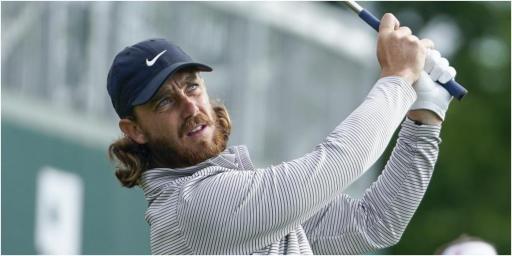 Tommy Fleetwood has started well at the AVIV Dubai Championship but Denmark's Joachim B. Hansen went bogey free to shoot an opening 9-under par 63.

Hansen made five birdies going out at the Fire Course at Jumeirah Golf Estates and found four more on his back nine in a blemish-free round.

The Dane has won once before on the European Tour at the Joburg Open in November 2020 and now has a two-stroke lead through the first 18 holes thanks to his blistering start.

This is the first European Tour tournament since the announcement was made it is set to rebrand as the DP World Tour in 2022.

MORE: BRYSON DECHAMBEAU HAS NAMES FOR HIS WEDGES

More tournaments, bigger prize pools and co-sanctioned events with the PGA Tour are to come next year as a new dawn emerges in golf.

Fleetwood was at the glitzy press conference as the staggering plans were outlined for 2022 and he opened up with a 6-under par 66.

Three birdies and a bogey saw him make the turn at 34 at the par-72 layout but five birdies and only one dropped shot followed on the back.

Scotland's Stephen Gallacher made his 600th career start and had to settle for a 2-under par 70.

Gallacher was part of the 2014 Ryder Cup winning team and has won four times on the European Tour.

"I've been blessed to do a job that I don't call a job, it's a passion," he told the European Tour's official website.

MORE: COULD YOU PLAY WITH THIS SLOW GOLFER?