Bryson DeChambeau has NAMES for each of his irons and wedges!

Bryson DeChambeau reveals the names behind each of the irons and wedges in his bag on the PGA Tour. 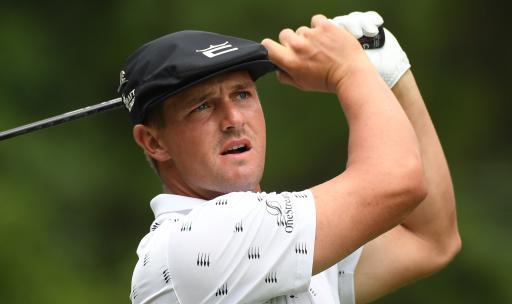 If any PGA Tour player was going to name each of their irons and wedges in the bag then it was always going to be Bryson DeChambeau.

DeChambeau, who uses single-length Cobra irons, doesn't just refer to his irons and wedges by their normal numbers when he's out on the course with his caddie Brian Zeigler - but via nicknames instead.

Some are based on the Greek alphabet, others on Augusta National and The Masters.

There is even a hat tip to Tin Cup with one of his irons.

The PGA Tour's biggest hitter might not have names for his driver and fairway woods, at least not to our knowledge, but he did recently describe his new Cobra proto driver as "disgusting" so perhaps he will have a nickname for this soon.

Bryson does have names for his 3-iron through to his wedges, albeit with no name for his 4-iron.

The gap wedge cracks us up. "Hey, give me the Jimmy!"

BRYSON'S NAMES FOR HIS IRONS & WEDGES

3-iron: GAMMA... because it's the third letter of the Greek alphabet

5-iron: AZALEA... because it's his favourite par-5 not just at Augusta National, home of The Masters, but also on the PGA Tour.

6-iron: JUNIPER... because it's the sixth hole at Augusta National, another one of his favourite holes.

7-iron: TIN CUP... because it was Tin Cup's favourite club.

9-iron: JACKIE... because it's 42 degrees, referring to No.42, the first uniform number to be retired across Major League Baseball when honouring Jackie Robinson in 1997.

PW: HERMAN KEISER... because it's 46 degrees and Herman Keiser won The Masters in 1946.

GW: JIMMY DEMARET... because it's 50 degrees and Jimmy Demaret won The Masters in 1950.

SW: MR WARD... because it's 55 degrees and Harvie Ward was low amateur at the 1955 US Open, along with winning the US Amateur that year.

LW: KING... because the late great Arnold Palmer, known as 'The King', won The Masters that year. Arnie is regarded as one of Bryson's heroes in the sport, along with many other PGA Tour stars today.

NEXT PAGE: BRYSON CALLS HIS NEW PROTO DRIVER AS "DISGUSTING"