Daniel Hillier fired a second-round 62 to take the lead at the halfway stage at the ISPS HANDA World Invitational, while Charley Hull is only four shots behind in the women's tournament. 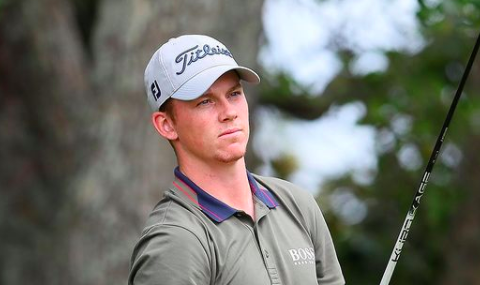 Daniel Hillier carded an 8-under-par 62 at Galgorm Castle to move into the halfway lead in the ISPS HANDA World Invitational presented by Modest! Golf Management.

The 23-year-old from New Zealand is highly regarded as a future star and has already played in two major championships in his short professional career, pre-qualifying for both the 2019 US Open and the 2021 Open at Royal St George's just two weeks ago.

Having opened his account this week with a 3-under-par 67 at the more difficult Massereene Golf Club, Hillier registered nine birdies and a single bogey at Galgorm to move to an 11-under-par total, earning him a one-stroke advantage over Jordan Smith.

Teeing off at the tenth at Massereene, first-round leader Smith endured a nightmare start as he double-bogeyed his first hole but he bounced back and three birdies in his final four holes, including a closing birdie at the ninth, helped him to a 2-under-par 68 and a 10-under-par total.

"It was really good out there. Made the most of some pretty benign conditions in the morning and got off to a good start," said Hillier.

"Managed to sink a couple more near the end. But yeah, I've hit it really well. Made one bad swing on hole 11 and made bogey there, but apart from that it was really solid."

In the women's event, America's Emma Talley moved into a commanding lead as a 7-under-par 65 moved her three shots clear of the field on 13-under-par, with her compatriot Jennifer Kupcho and Korea's Chella Choi the closest challengers on 10-under-par heading into the weekend.

Charley Hull shot her second 68 of the week to finish on 9-under-par, just four shots behind Talley with two rounds remaining.

NEXT PAGE: SIK GOLF PUTTER FITTING - WHY SHOULD YOU GET FITTED FOR YOUR PUTTER?