Danny Willett has made just one appearance at the Ryder Cup but he started well at the D+D Czech Masters on Thursday to help his cause for qualification. 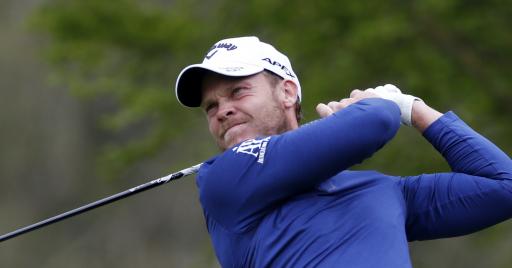 Danny Willett reached the top of the leaderboard on day one of the D+D Czech Masters, shooting 4-under-par at the Albatross Golf Resort.

The 2016 Masters champion finished in a tie for 33rd at The Open Championship and he got off to a great start in Prague with three birdies in his first six holes.

Things could have been so much better for Willett as after making birdies on the 11th, 12th and 15th holes, he made a damaging double-bogey on the par-4 17th hole.

On the par-5 9th hole, which was the 33-year-old's final hole of the day, he managed to reach the green which was over 600 yards from the tee box, which was a highlight of his round.

Willett signed for a score of 68 to tie the current lead alongside Adrian Meronk and the American Paul Peterson, one shot ahead of a whole host of players on 3-under-par.

The man from Sheffield will need a good finish at the D+D Czech Masters or a victory, which would be his 8th on the European Tour, if he is to force his way into Padraig Harrington's plans.

Willett is currently 18th on the worlds point list for Ryder Cup qualification and will probably need to rely on a captain's pick if he is to play for Europe at Whistling Straits in September.

After having a great season in 2016 when he won his first major title, Willett qualified to play for Team Europe at Hazeltine but they were beaten  17-11 by America.

Golf news
Golfer pauses longer than Hideki Matsuyama then SMASHES HIS TEETH with tee shot
Golf news
Could you pull off this AMAZING recovery shot through the trees?
Course news
Golf courses SHUT across United Kingdom due to Storm Arwen and DEEP SNOW
Golf news
WATCH: Could you play the Phil Mickelson BACKWARD FLOP SHOT like this?
Golf news
A 14-year-old golfer just MADE THE CUT on the Asian Tour