Dean Burmester followed up his first-round score of 64 with a superb 5-under-par card on Friday to set the pace in Switzerland. 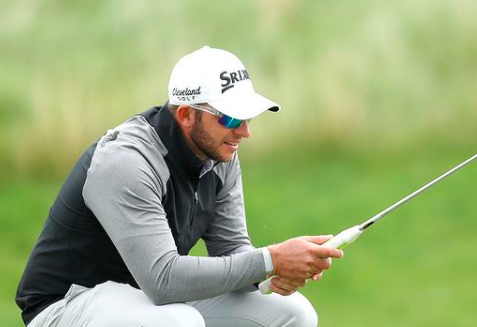 Dean Burmester fired an impressive round of 5-under-par on the second day of the Omega European Masters to hit the front by one shot.

The South African began the day four shots behind James Morrison on 6-under-par, after he shot another superb score in the 60's on Thursday at Crans-sur-Sierre Golf Club.

Burmester began his round solidly by playing the front nine in 3-under-par. The 32-year-old is chasing his third win on the European Tour and two more birdies on the back nine secured his 65 and put him in good shape heading into the weekend.

The World No. 97 knocked on the door at the D+D Czech Masters, but he could only manage a sixth-place finish. His most recent win came at the Tenerife Open at the start of May.

Burmester leads by one shot ahead of Englishman Andy Sullivan and Belgian Thomas Detry, who carded respective scores of 66 and 65 in Cranz-Montana.

Detry made two bogeys in his opening six holes, but he managed to bounce back with birdies at the 8th and 9th holes and a fantastic eagle at the par-4 7th hole.

Two more birdies secured a round of 5-under-par for the 28-year-old, a score which he also shot in his first round on Thursday.

The overnight leader Morrison, who just missed out on a 59 in the first round in Switzerland, unfortunately, carded a 4-over-par 74 on day two to fall five shots behind the leader.

European Tour stalwart and popular Spaniard Miguel Angel Jimenez once again thrilled the crowd, as he has done for so many years, by making an eagle at the par-4 7th hole to finish on 4-under-par through 36 holes.